Meet Jax, the official stamp licker of the village of Portree’s post office! The Scottish village located on the Island of Skye is full of cute attractions, but the local post office just might take the cake. And it’s all thanks to this adorable dog! Postmaster Ray Chandler has run the office for the last couple of years. After taking it over, it wasn’t long until he made his first hire — the family’s dog, Jax! Every day, Jax heads to work with his boss/dad and props up behind the counter. He has become a beloved figure in the community not only because people love to see friendly dogs wherever they go, but a lot of people don’t like licking stamps! That’s Jax’s job, and he has a sign to prove it. 🙂 He’s way more than just a greeter, he’s a helper! But even if you don’t need any stamps licked, it’s nice to have such a friendly face around. 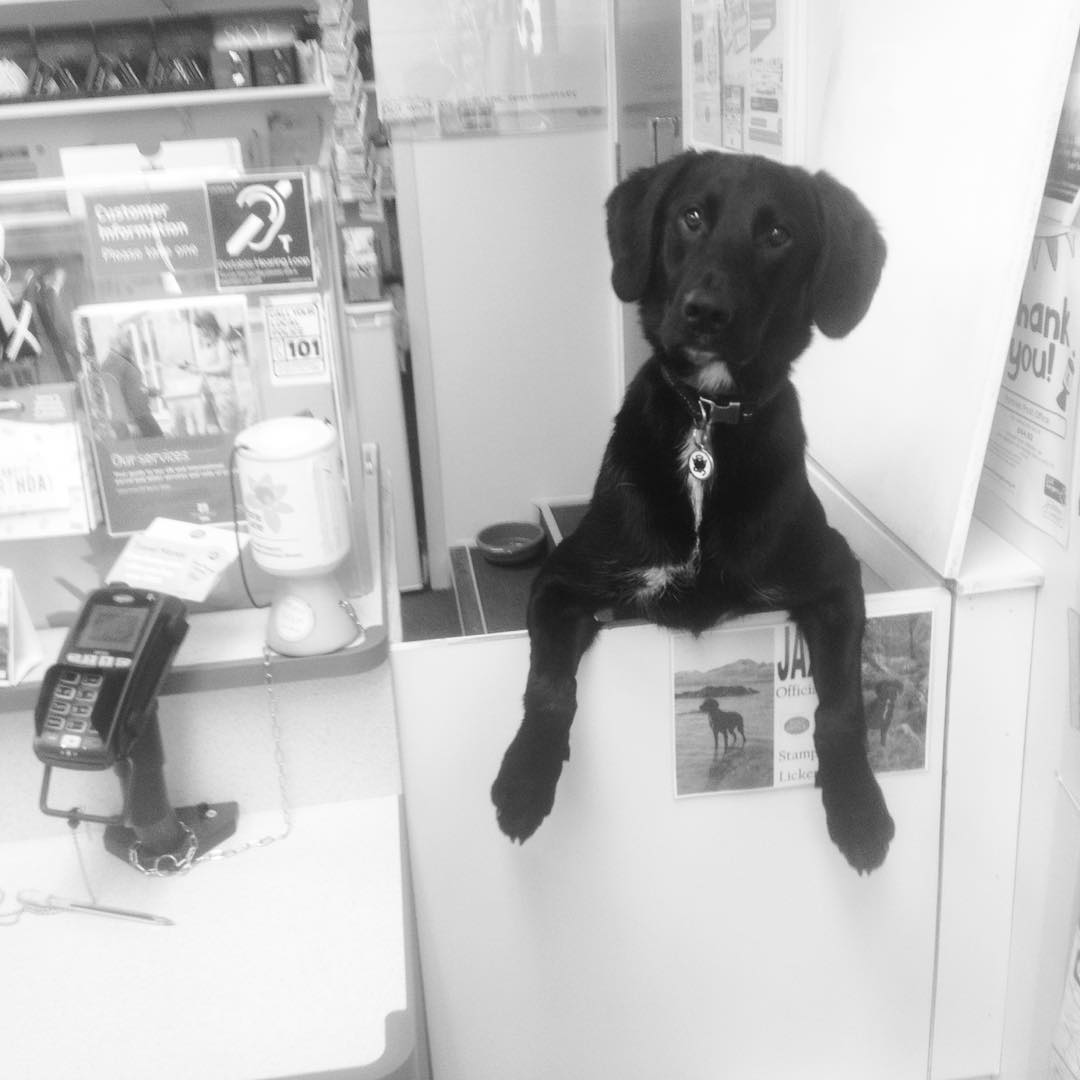 The dog loves his job. He’s not perfect at it — he’s been known to accidentally devour a stamp or two — but he’s always making customers smile! Although Jax is a hard worker, don’t worry about him being cooped up all day long. Each day, he has a nice walk through town before the post office opens and sometimes even takes a splash in the ocean. Throughout the day, Ray and his wife make sure the dog gets plenty of exercise outside as he greets locals around the village.

If you ask us, he’s living the perfect life. 🙂