Cosmo the two-year-old, 130-pound St. Bernard was surrendered to a no-kill shelter in Auburn, Nebraska, called Hearts United for Animals by a breeder for an unknown reason. But when a woman named Jayne saw the gentle giant’s pictures on the shelter’s website, she had to have him. 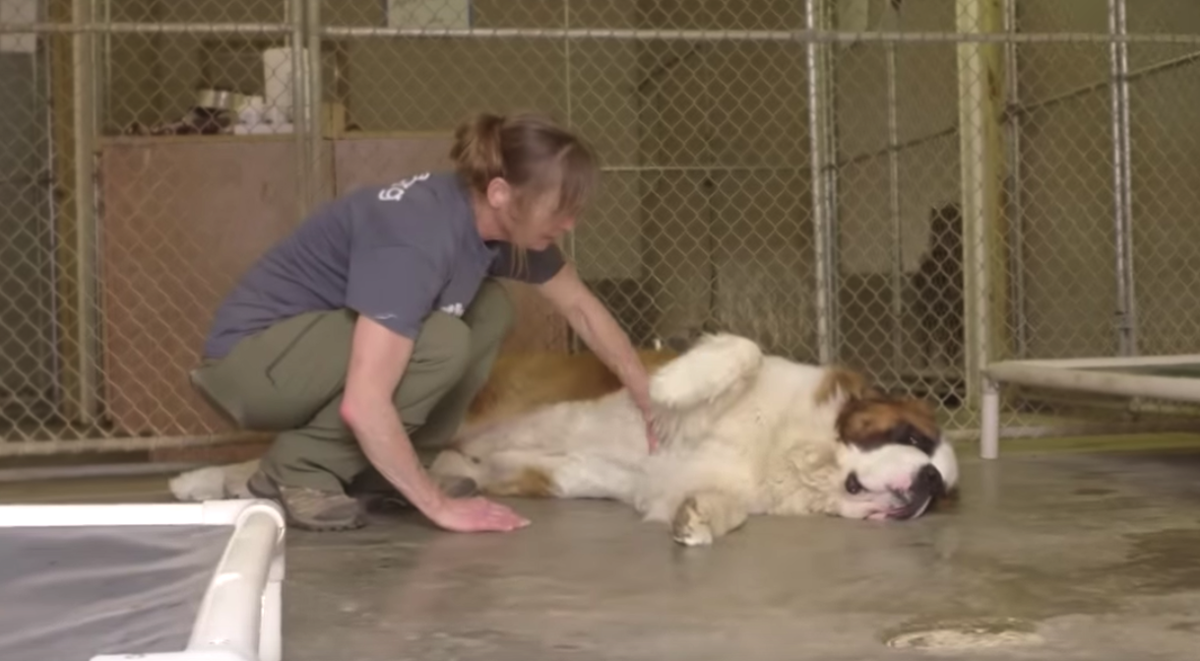 Cosmo is so friendly and sweet, the first time Jayne met him he rolled over for belly rubs. But the good boy was just learning how to be a dog, and it would be a transition to get him used to being a pet. They believe he’d never even stepped inside of a home, so everything in this life was new to him. 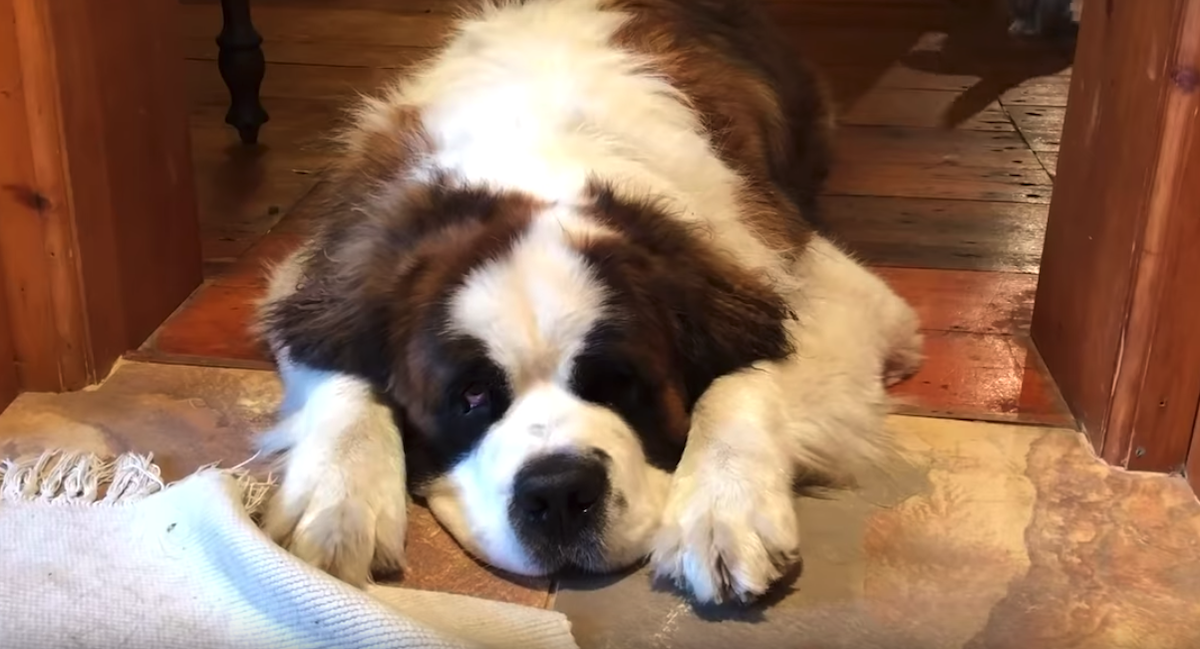 Cosmo has never seen stairs before and therefore is wary of them, and he’s not even sure what he’s supposed to do with treats. And he’s definitely not used to having a house and all of this outdoor space to run around! It’s a process, but the St. Bernard is with the perfect family to show him what life’s all about. 🙂