Officer Vincent Kreischer was on patrol in New Mexico when he pulled into a supermarket parking lot and noticed a dog locked inside of a vehicle with no ventilation. It was a sweltering 90-degree day. The officer began writing a citation when the owner made her way back to her car. Shelly Nicholas claimed the story went a bit differently than Officer Kreischer told it. The woman says the cop forced her to lock herself in the vehicle to suffer the same fate as her dog and to remain there with the windows up until he was finished writing up the citation. 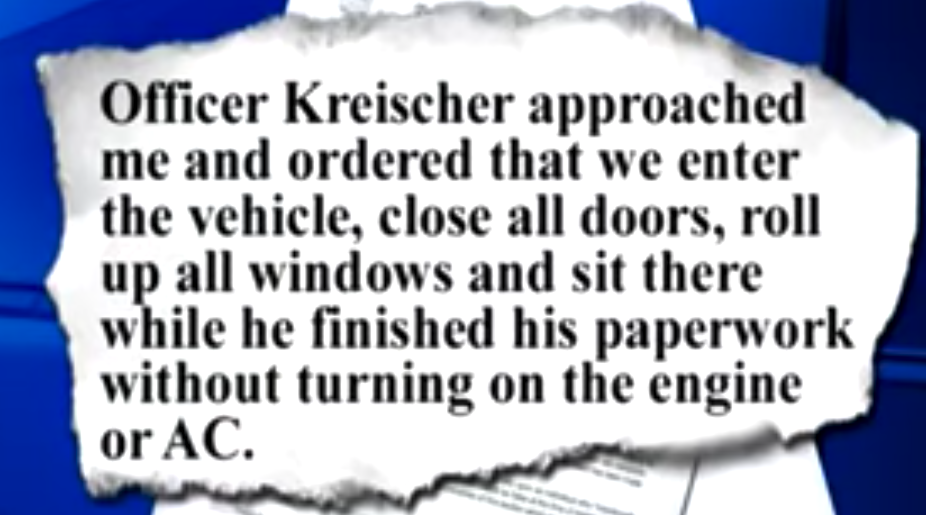 She filed a complaint to the police department and wrote in to the local news station. But Officer Kreischer’s lapel cam had recorded the entire thing, and the truth was revealed! Watch it unfold in the video below.