At 4 o’clock in the morning, Jack Jokinen’s wife woke him up to say that a strange dog was in their home. He was so confused and jumped out of bed to see that the front door was closed and the windows locked. But when he checked the security footage, that’s when he saw the dog simply walk through the open door. 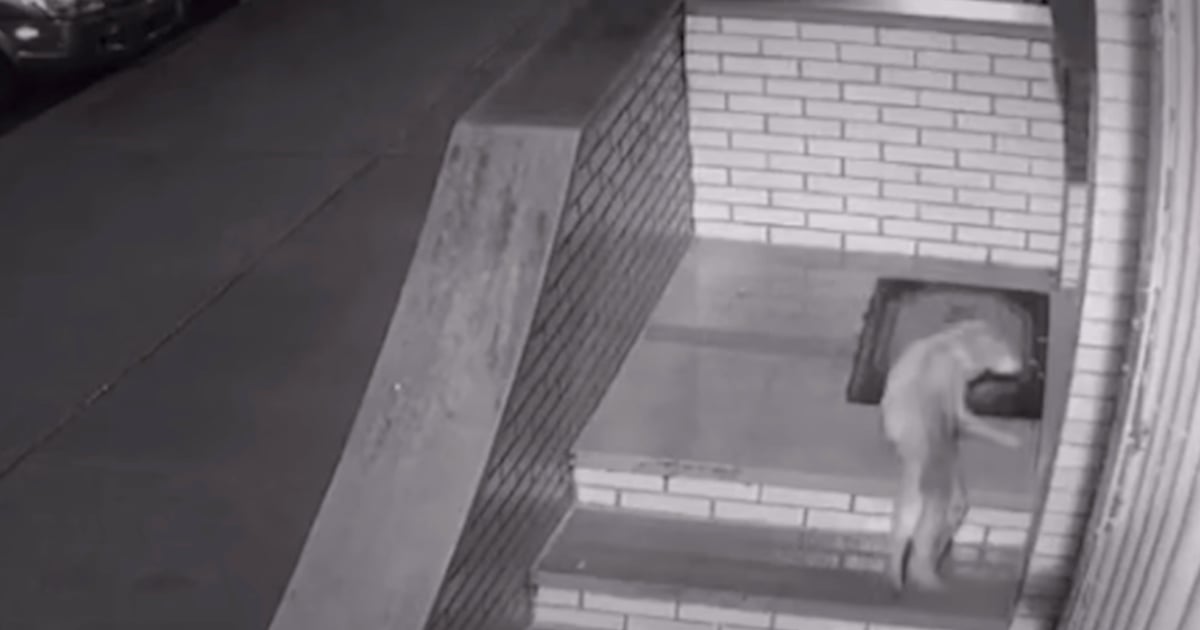 It turned out that when he came back from walking his dog the day before, he didn’t pull the door closed enough. Strong winds blew it open allowing the injured, malnourished stray to come inside. A Good Samaritan later saw the door was open and closed it for the family.

The Jokinens called animal control, but then they had a change of heart and decided to keep the dog! They named her Suzy and got to work to get her back on her feet. The 9-year-old dog quickly started looking better with love and care. And she has made herself right at home with a doggy sibling! Of all the bad things that could happen with a door left open, this couple ended up with a sweet dog who just needed a home. 🙂