A dog named Regan found herself at the shelter after her owner died, and suddenly the world was one big scary place. She was so lonely, but thankfully it wouldn’t be long until she had a faithful companion by her side once more. 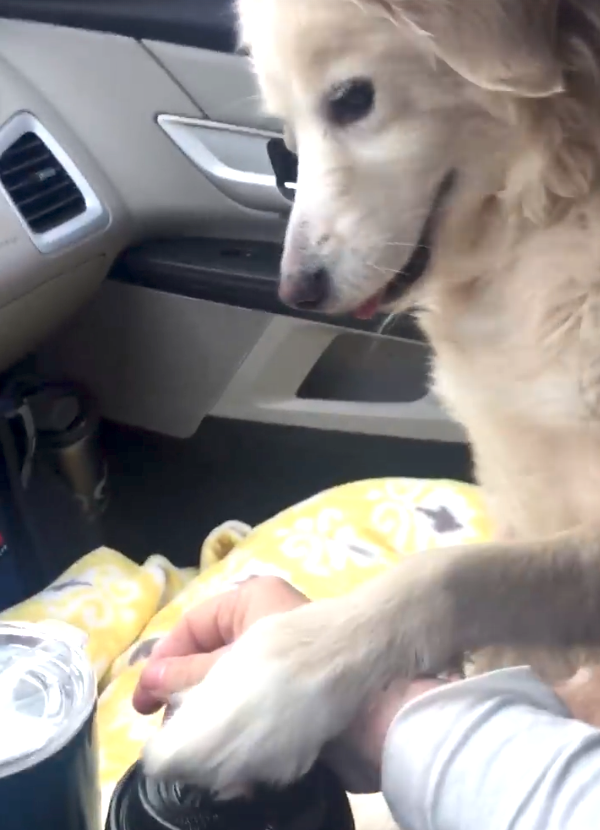 “So this girl’s person died and she found herself homeless,” said Kim Mozena Rezac, founder of Goofy Foot Dog Rescue. “She was in our shelter for a couple days and I felt sorry for her so I brought her home. How sweet is she?????”

On her freedom ride, Regan thanked her rescuer by extending a paw from her spot in the passenger seat. It’s as if she knew exactly what was going on.

“I think she felt secure in touching someone familiar,” Kim Mozena Rezac told TODAY. “She was so nervous and scared in the shelter but as soon as she jumped into my car she seemed so grateful.”

And to top it all off, Regan is already in a foster home! Her foster parents intend to adopt the four-year-old sweetie if things keep going well. In fact, her foster dad thinks of Regan as “his Valentine’s Day present” according to Kim. 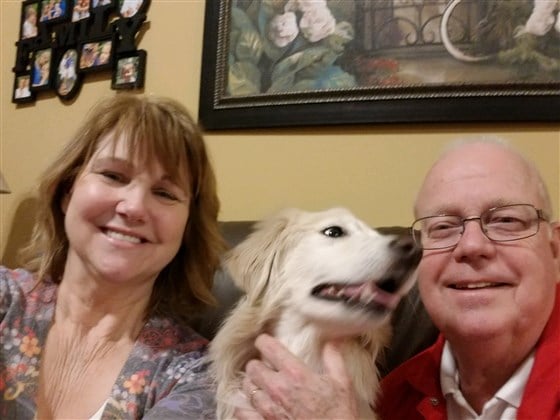 Isn’t this just the most adorable story? We’re so happy Regan has found some hands to hold as the next chapter of her life plays out. 🙂