Hope For Paws was alerted of two abandoned dogs living at a recycling facility. They’d been there for three months, and several workers made sure to feed them but were very concerned for their safety. Lisa Arturo and her friend Clay Greenbush set out on the rescue. They spotted the two dogs immediately, and it seemed as if it would be an easy rescue. The one approached for food with the other dog staying slightly behind. But that’s when the skittish dog took off. Even though his friend trusted the rescuers, he didn’t know they were there to help. 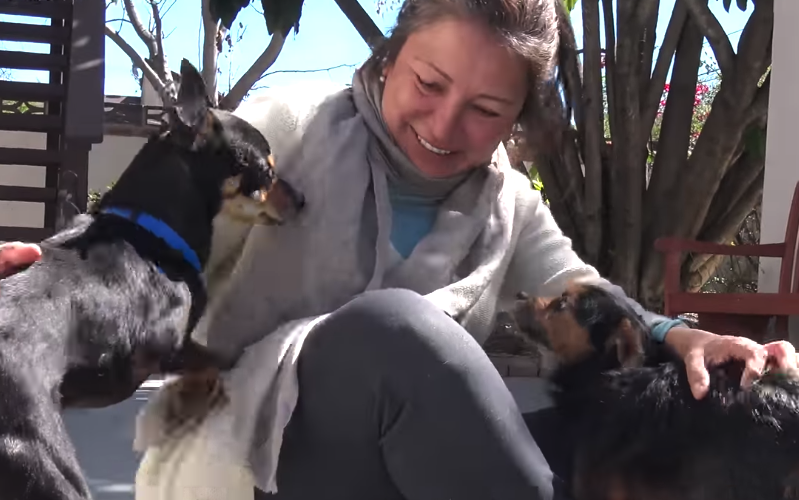 They had to get the scared dog first, and they saw an opening when he took refuge in a makeshift dog house one of the employees had made for them. Lisa lifted the box so the dog couldn’t escape and then leashed him. The hard part was over. Some employees came out to say their goodbyes, and the rescuers were off to Hope For Paws.