Said Zarate is a trash collector in Mexico, and the other day while out on their route, he and his colleague came across an animal in need and stopped to help. It was a dog struggling to stay afloat in the canal, and without hesitation, Said jumped from the truck with an empty sack and made his way to the helpless pup. 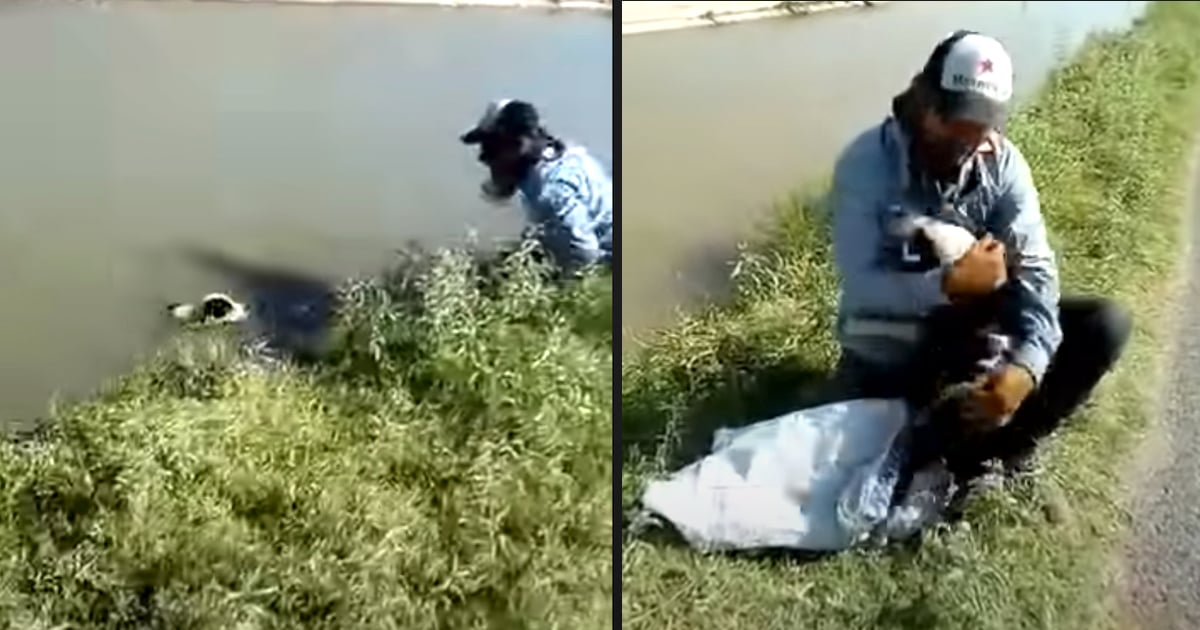 The dog was too tired to grip the sack, but Said was able to lure the dog close enough to grab him and bring him to land. To thank him, the dog immediately leaped into the man’s arms for a hug.

The dog then took off running toward a ranch nearby, and later, Said received a message from the dog’s owner thanking him for his heroic effort. It turned out the owner saw the clip of his dog being saved and wanted to express his gratitude. Amazing!