Hope For Paws received an emergency call during the worst storm of the year in southern California and set out to find a homeless pit bull who’d just given birth 48 hours prior. She refused to move without them, and they found her sitting with them in the bushes. 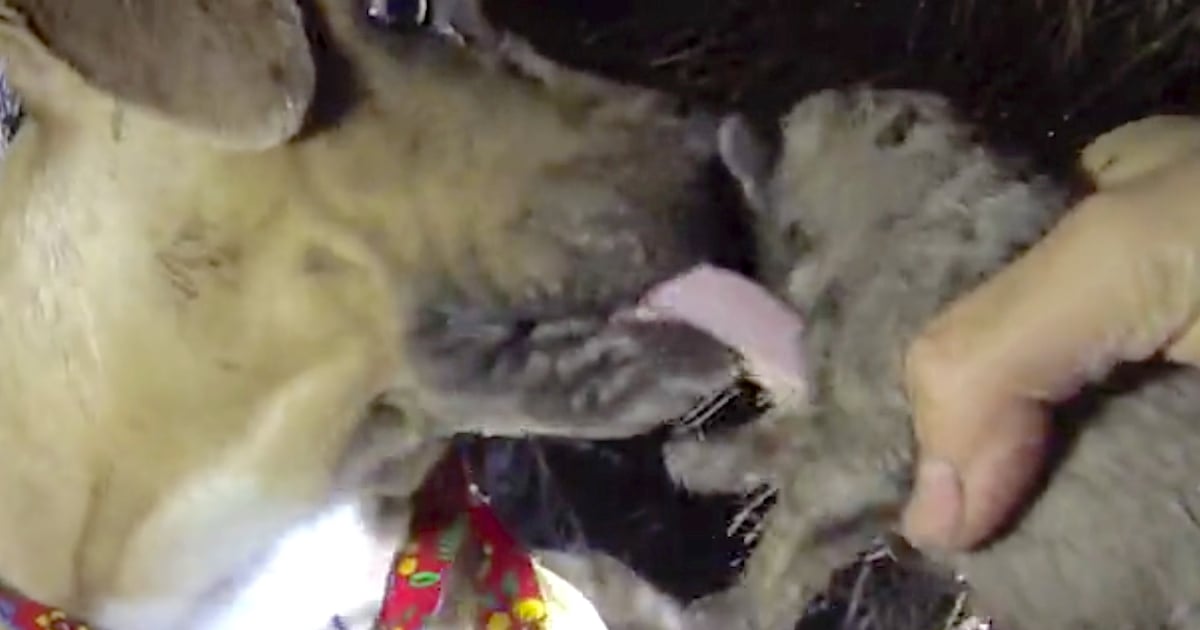 Eldad did everything he could to try to convince the mama that she could trust him as he reached for that first pup. Surprisingly, she was okay with it. She kissed each puppy one by one as he pulled them to safety, and then it was her turn. 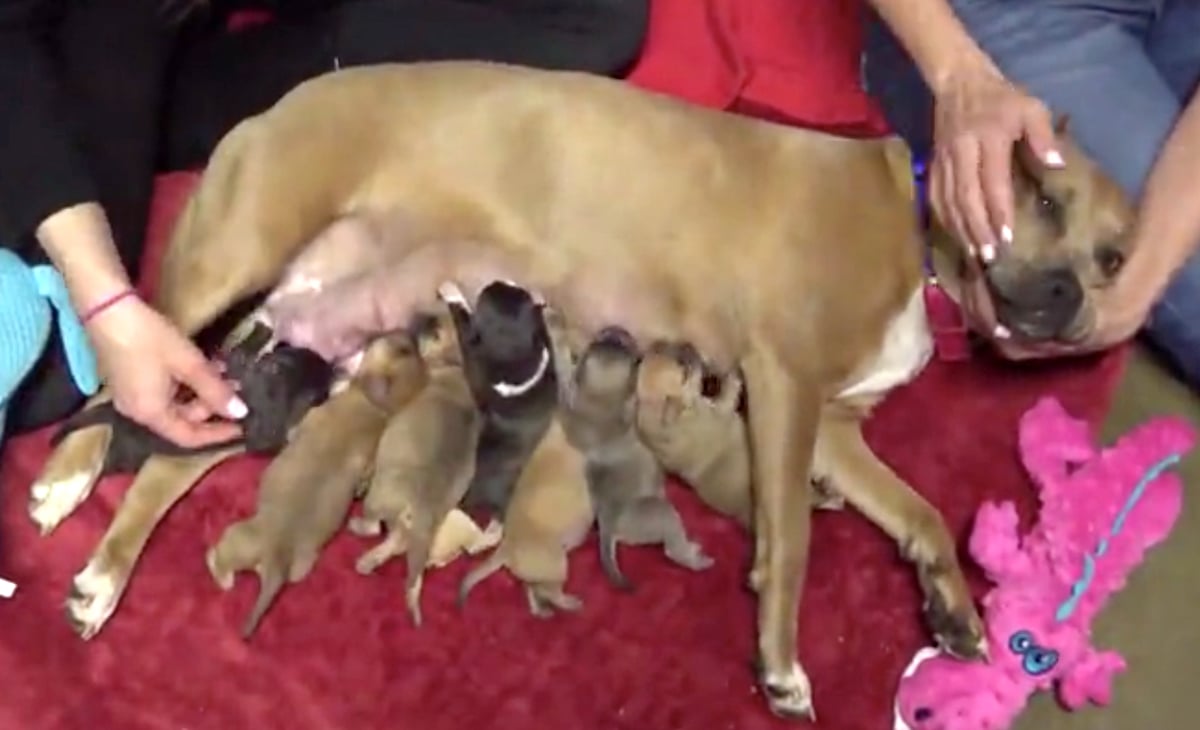 They named this homeless pit bull Rainbow and took her and her eight puppies — Thunder, Breezy, Misty, Raindrop, Flash, Bolt, Stormy, and Droplet — to the hospital for checkups. They were taken care of and cleaned up and off to their foster with The Little Red Dog before eventually finding loving forever homes! 🙂