When a couple arrived home, they opened the gate to their property and a stray pit bull jumped right into their car. They were taken aback and unsure if this was a dangerous situation or if maybe the dog was injured, because he refused to move. But it wasn’t long before the dog showed how friendly he was. 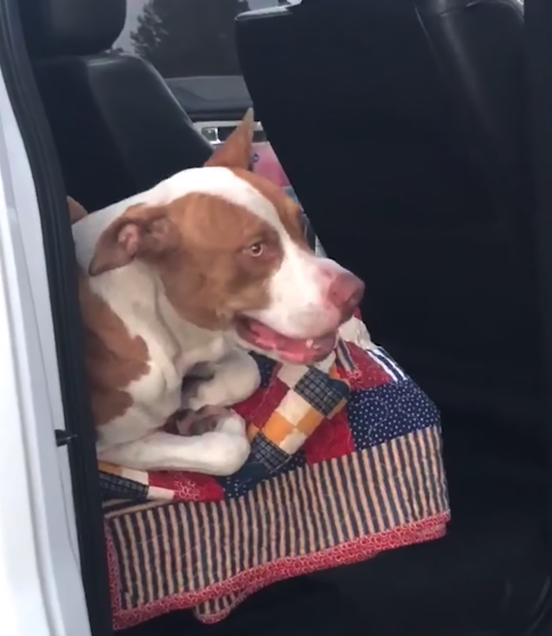 They decided to get the good boy to the vet for a checkup and to see if he had any owners. It turned out he didn’t belong to anyone, so Garrett and Emily now had a pet! But one day when they were outside, the pit bull caught a scent of something and ran off into the woods. He went missing. They went to every shelter in the area hoping Buddy was there, but it wasn’t until later that a shelter called and said they had Buddy in their possession. The family was back together, and now the dog has his name, a cell phone number, and tracker on him at all times so he’ll never go missing again! 🙂