Hope For Paws received a call concerning an abandoned pit bull in an empty lot. They quickly arrived on scene, and the girl was nervous but starving, so she took the treat offered and walked away from the rescuers. They learned the dog’s owners had been evacuated, and they left their pet behind to fend for herself.

Not only was Maple starving for food, she was starving for love and attention. Eldad untied the tether leading to the desolate area she’d called home for many months, and he quickly realized just how friendly and loving the pit bull actually was! They scanned her but found she had no microchip. 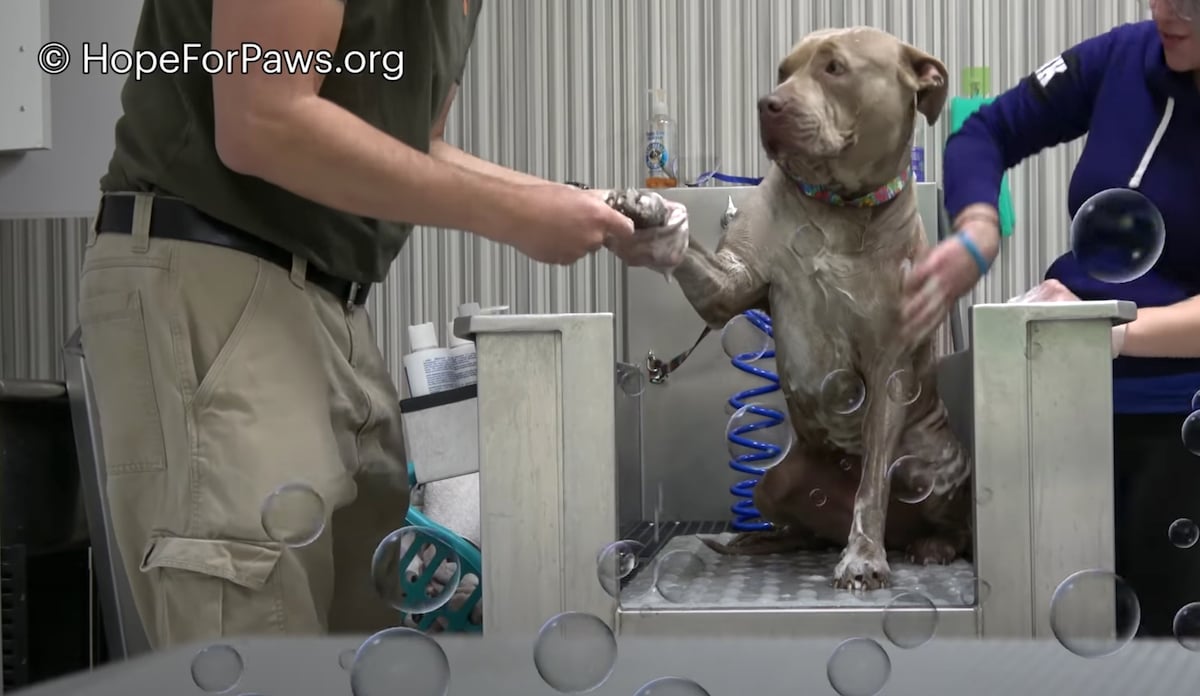 Maple just wanted pats and belly rubs, but she had to get a bath. She cooperated perfectly and was happy to find out they’d found her a foster home! She loves other dogs and quickly made a new friend in her temporary house, now she just needs that forever home! 🙂