A stray dog with a broken foot was taken in by Stray Rescue of St. Louis. And it wasn’t long before rescuers realized she had milk. They then knew she was a mother, and they had to set out to find her puppies right away. They went back to the brush where the mama was living, and they pushed aside branches and crawled deep into the bushes until they saw a little den. Inside that little nook were her 13 puppies! She had placed them there to keep them safe and warm. 🙂 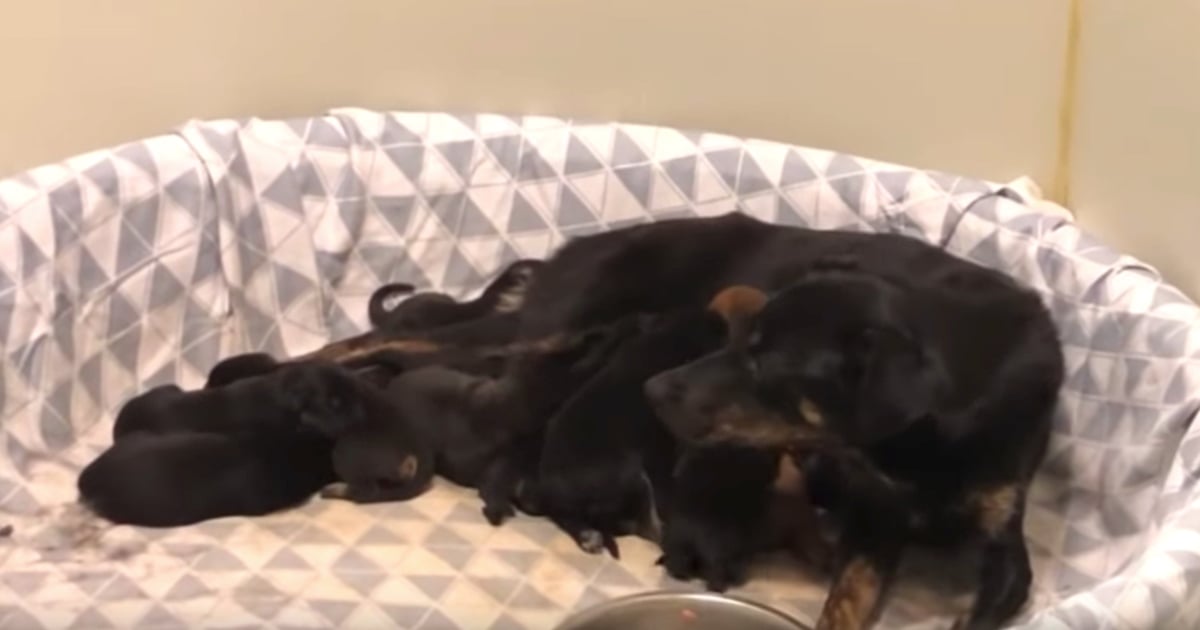 The pups were placed in a container so they could be transported back to the rescue. They would receive the care they needed along with their mama. The mother dog will soon undergo surgery on her injured leg, and the puppies will be put up for adoption once they are spayed and neutered and of age.

It seems as if the old saying is true — a mother knows best!