Quentin Leroy was out riding his motorcycle when something caught his eye for just a split second. It appeared to be a tiny animal in the middle of the road, so he pulled over and stopped traffic to go see what was going on. 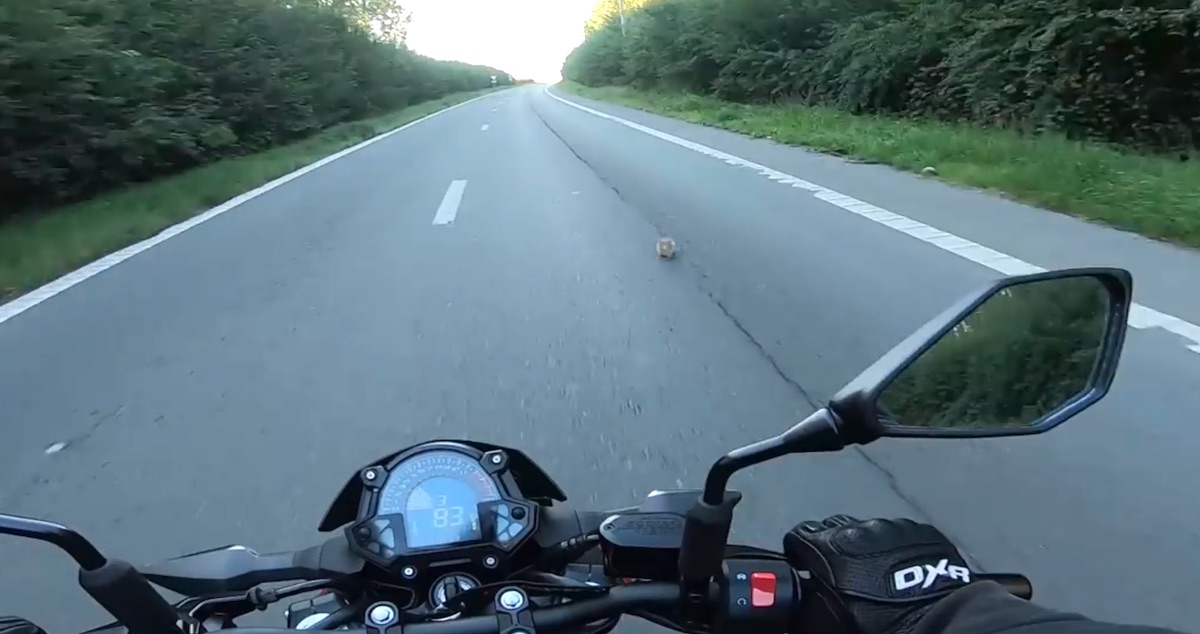 He realized it was a small kitten and yelled out “no!” understanding the danger the poor thing was in. Another driver also stopped, and they halted traffic to save the kitten’s life. 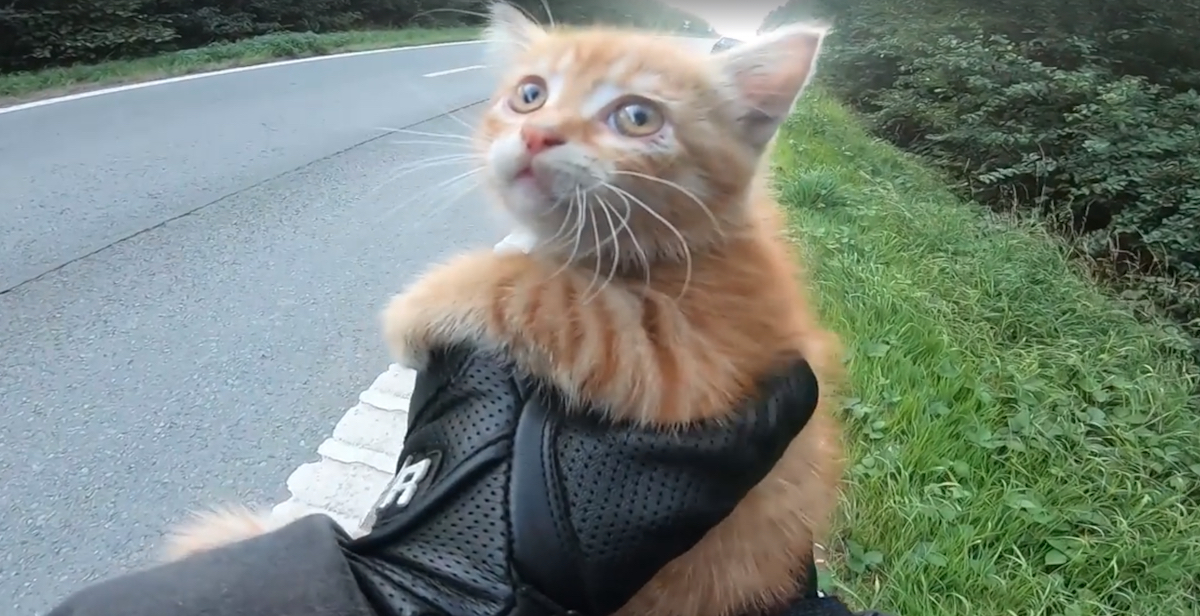 Quentin wasn’t able to take her along on the motorcycle, but the other driver agreed to get her to safety. Silky was placed with a local rescue group who found her a foster home while she awaits adoption.

It’s so fortunate that he was able to spot the kitten that quickly and stop before it was too late.