Stacey Storer took eight-month-old Ruby to a friend’s stables in Nottingham where the baby suddenly became upset and fussy. But when the young one was introduced to a horse named Red, that was the end of that! 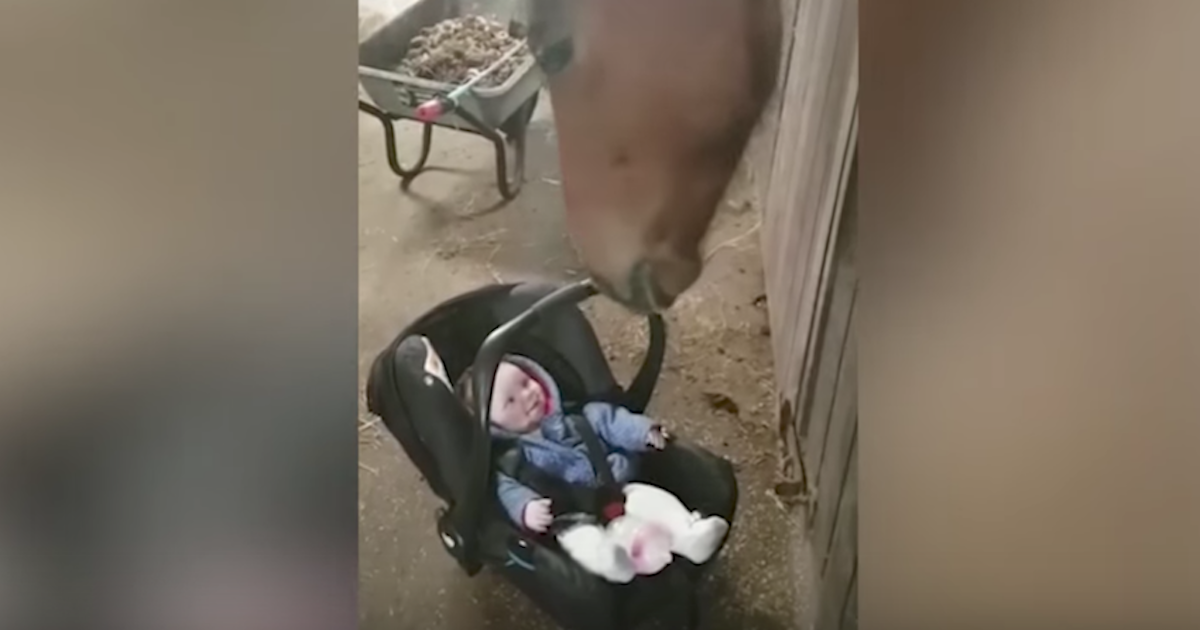 Ruby smiled and laughed as the horse stuck his neck out and began to rock her back and forth with the tip of his nose. Mom couldn’t believe it! I think Stacey just found herself a new babysitter. 😉