NYPD Officer Michael Pascale was on duty when he came across something he couldn’t ignore. At a public park sat a little dog chained out in the rain. He was shivering and surrounded by needles and broken beer bottles. Those eyes staring up at the cop said, “Help me.” 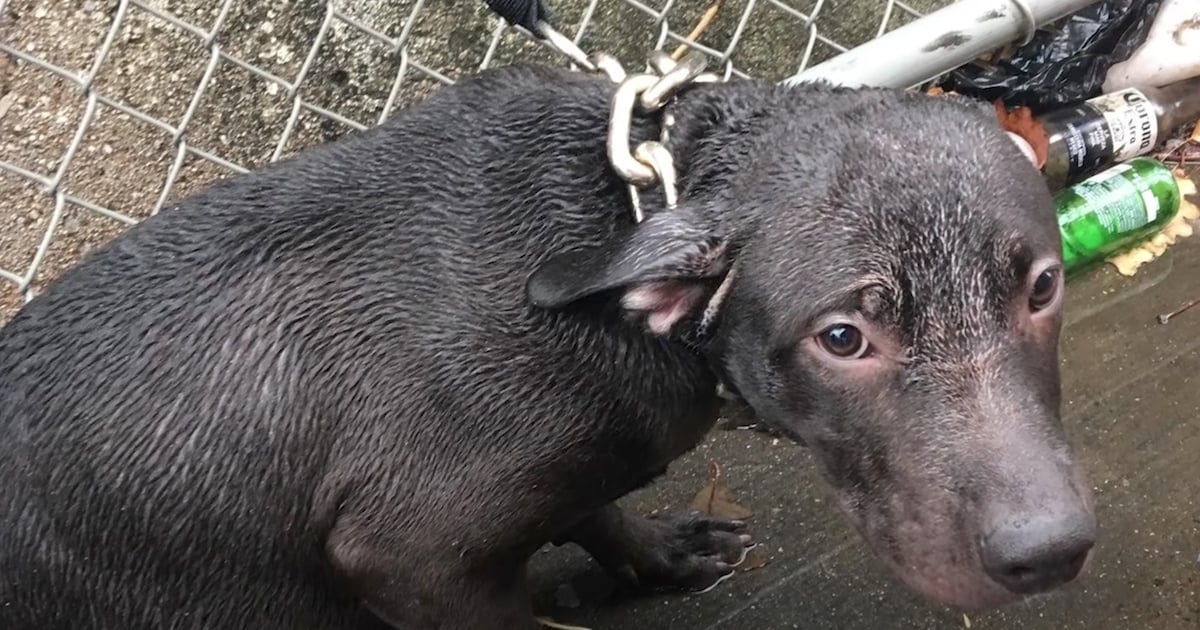 The officer knew right then and there that he had to get the dog out of there. He took the good boy to the Brooklyn ACC where the dog had to undergo a mandatory 72-hour hold. “I’ll be back. Don’t worry,” Michael told the dog. And then he texted his wife about the dog to which she quickly responded, “Bring him home!” The cop would go visit the dog as often as possible, and when the hold was finally over, he was more than ready to take Joey home! “Nothing like that is ever gonna happen to him again,” Michael promised. It was the perfect scenario and perfect pairing — they were just meant to be! 🙂