A neglected stray seen roaming the streets was taken to a shelter to receive treatment like any other dog. But the problem was that Castiel was no ordinary dog. He would require special treatment in a special place because of his secret that was about to be revealed.

The stray was found wandering the suburbs of Los Angeles. He was malnourished but wearing a collar, a strong sign he was kept as a pet. 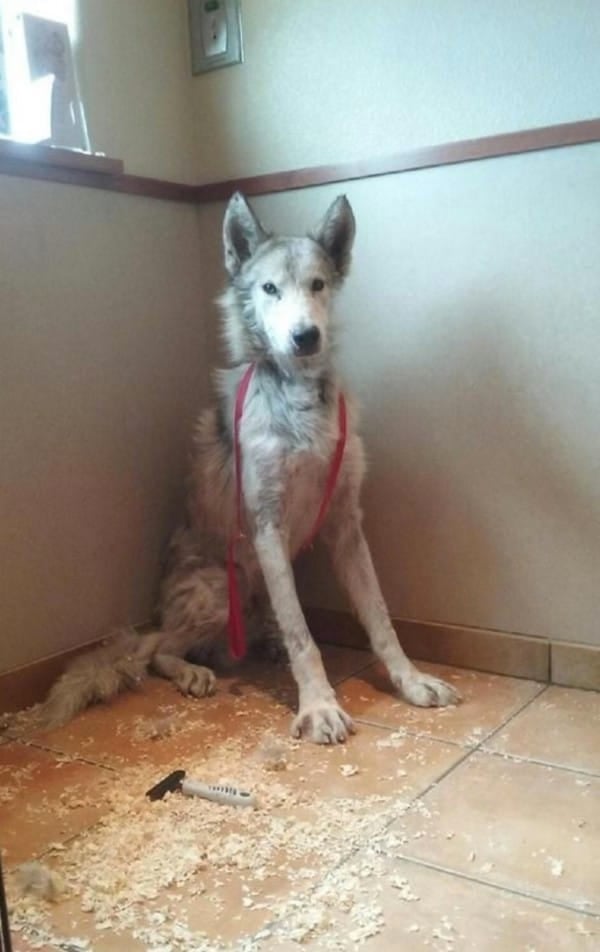 The surprising part about the collar is the fact that he is actually part wolf. The wolf/dog hybrid must’ve been kept as a pet before being abandoned or escaping his home. 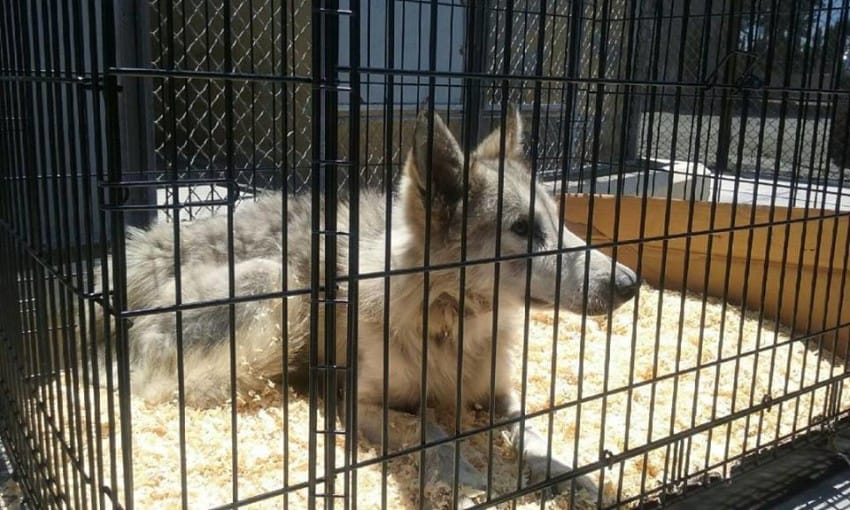 He was first taken to a shelter where they discovered he’s a one-year-old wolf-dog. With no room in the California sanctuaries, W.O.L.F. Sanctuary stepped in and brought him to Colorado. He was so scared, he just sat in the corner and refused to move. He needed special treatment that he couldn’t get at an ordinary shelter, and this was the place. Thankfully, he started to come around and at least let the staff bathe him to wash away the parasites and mange. 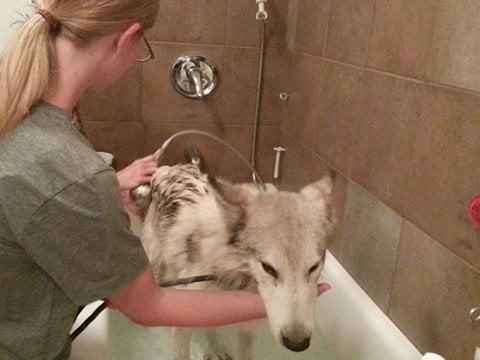 He became more and more comfortable with the staff and his surroundings. 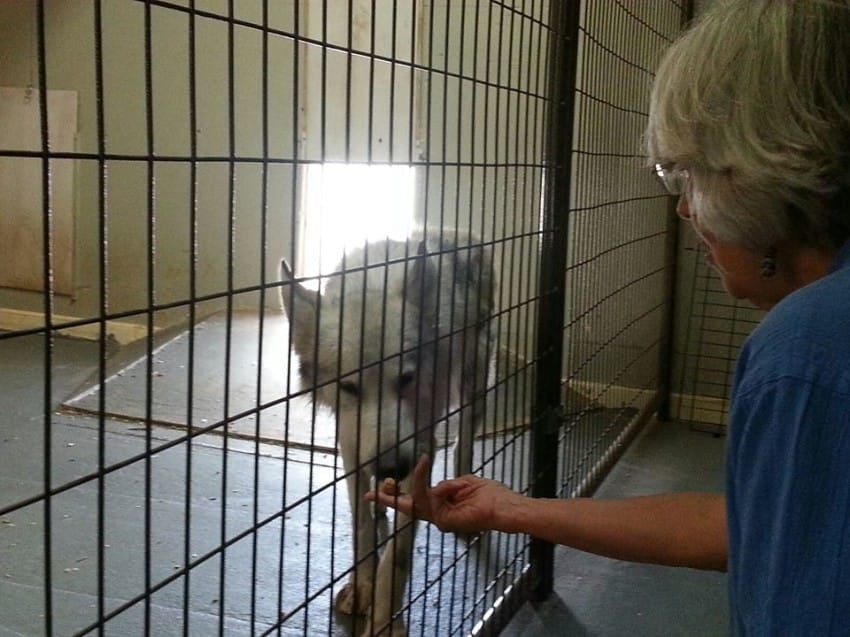 Castiel’s fur started growing back, and he added a good bit of weight. 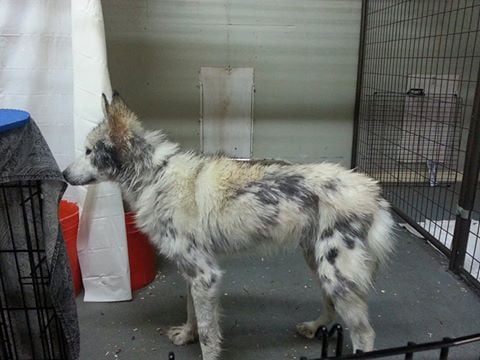 Now it was time to place him in a proper sanctuary to meet other wolves and start adapting to the outside world. Castiel was shy and unsure of how to connect with the others because of his neglectful past. 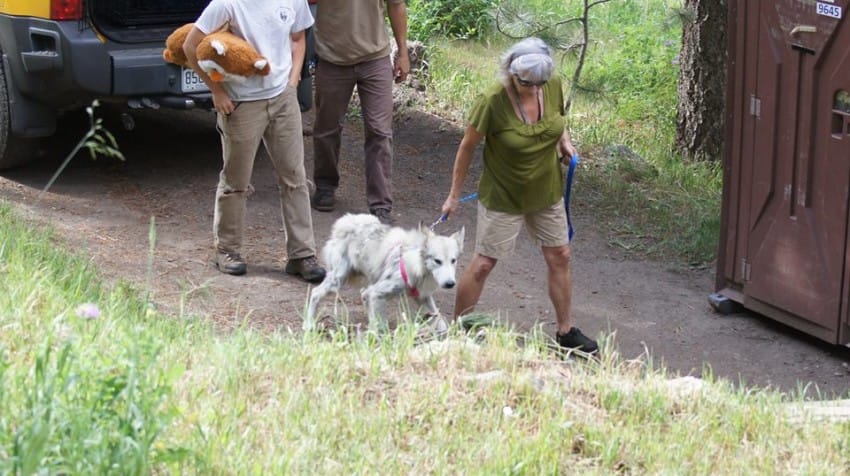 But it was obvious that he really enjoyed being outdoors!

He started to take interest in the other wolves and wolf-dogs which was a good sign. And that’s when he met someone special who’d change everything for him… 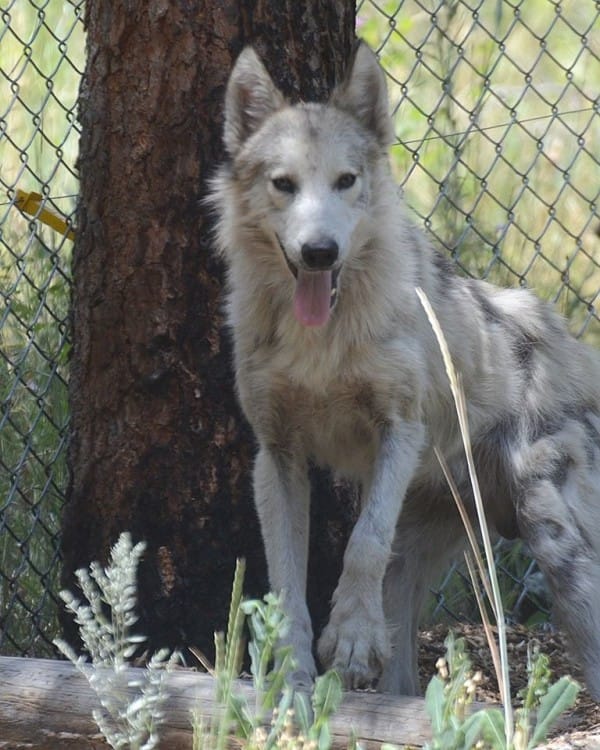 Tenali the wolf-dog was just the thing he needed in his life. The three-year-old rescue from Wisconsin was outgoing and made him feel at home. 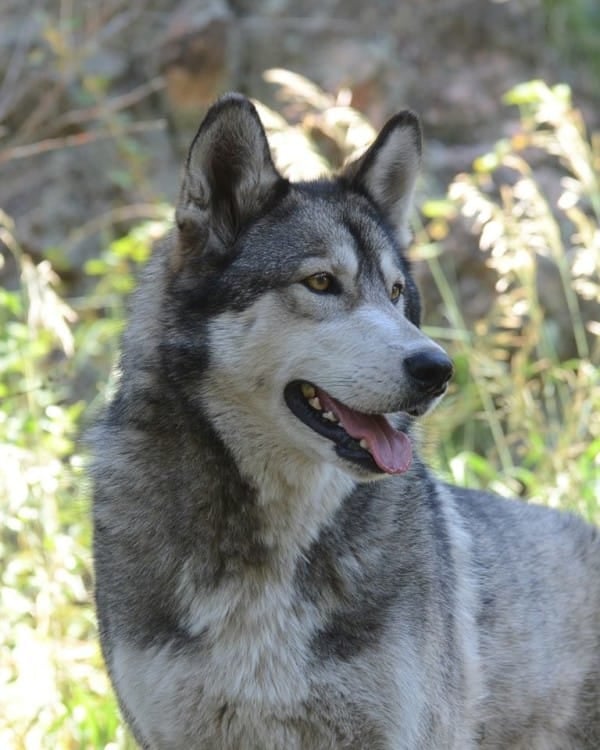 At first, Castiel just sat back and watched Tenali’s antics, such as sticking her head in a bucket of water! 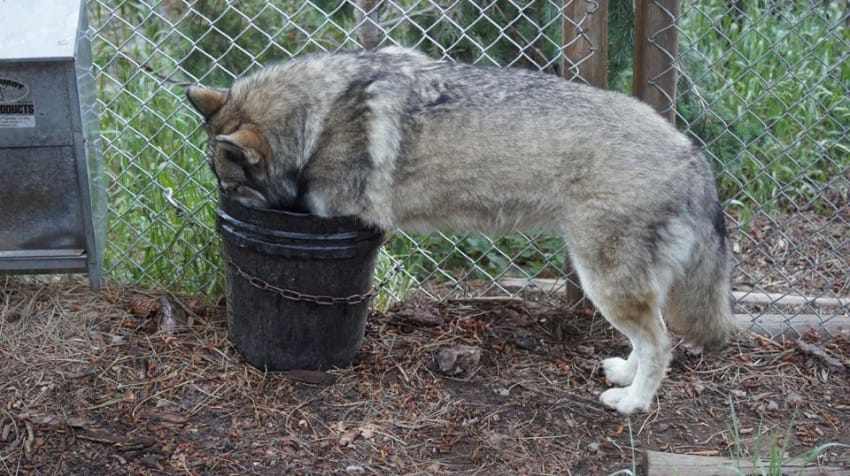 Castiel warmed up to his new love quickly. After a few days they began playing and spending more and more time together. 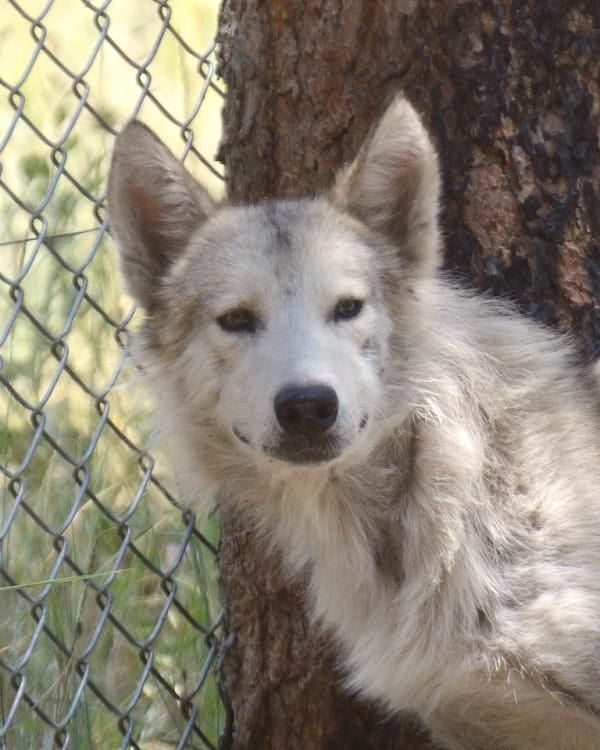 He went from being lonely in the city to being with a girl in the outdoors where he belongs. 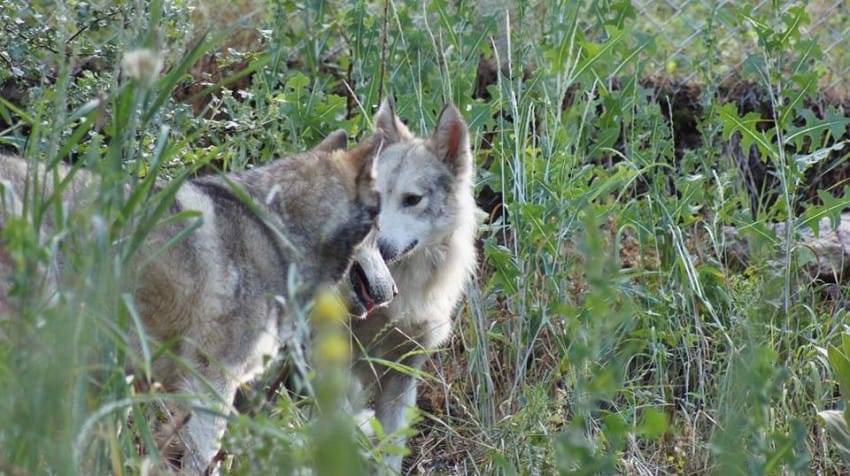 They are both happier and healthier than ever–and they owe it to having each other. You can visit the WOLF Sanctuary Facebook page and website to find information on helping wolf-dogs stay safe and happy. 🙂