Greg Skeens almost lost his home when the California Apple Fire surrounded the log cabin in what he described as “one big orange flame all the way around the house.” Thankfully, firefighters arrived on scene and put out the fire to save the man’s house. But this pushed wild animals out of the hills and onto his property. 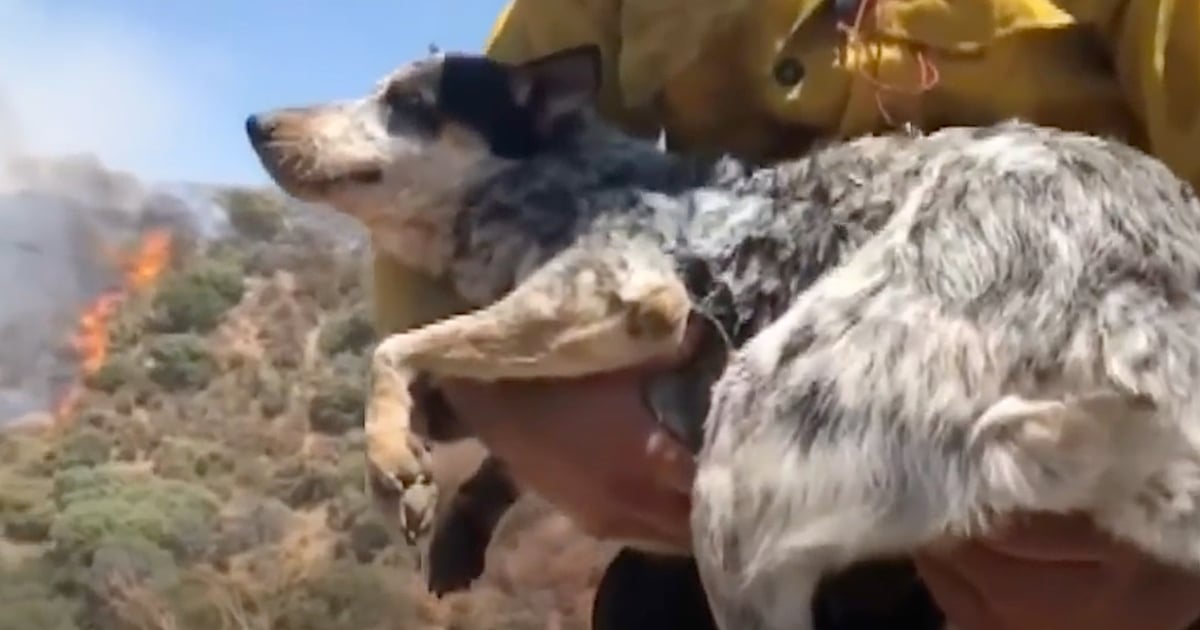 Greg’s dog, Buck, saw a coyote and started chasing after it. They took off toward the fire line, and the dog never returned. “Yup. I thought he was gone,” the man told CBS Los Angeles. Again, firefighters would save the day by finding Buck and taking him to animal control. 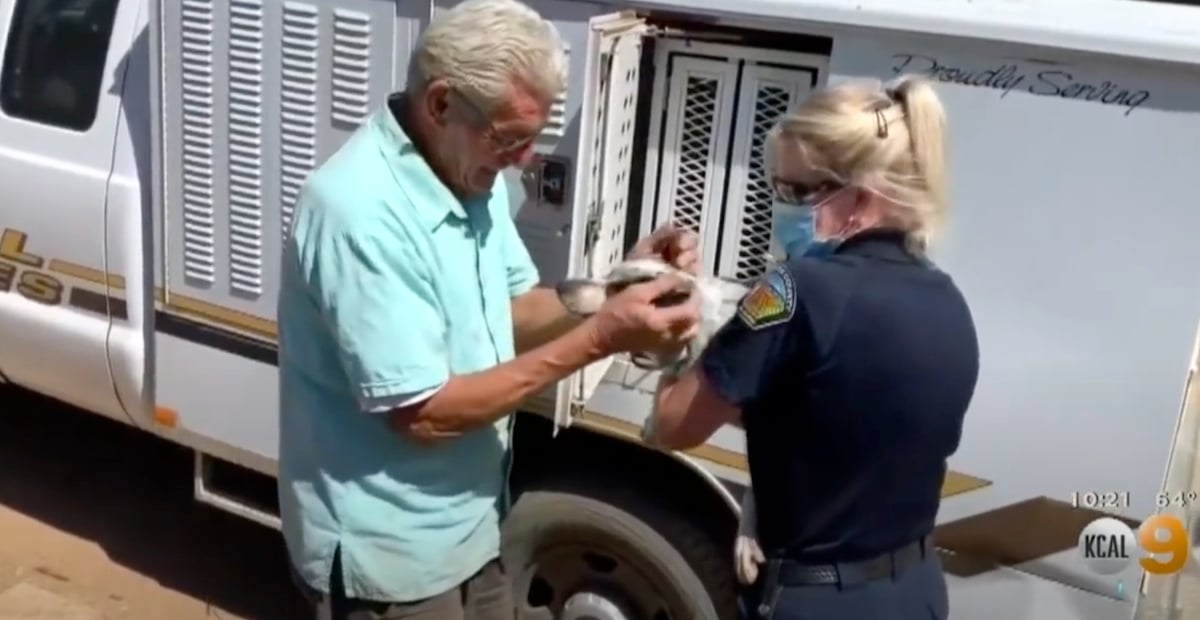 Animal Control would then reunite Buck with his owner, and the dog couldn’t have been happier to see his dad.

“As soon as she handed him over to me, he got all happy,” Greg said. “He didn’t want me to go anywhere.”