Dogs Deserve Better in Smithfield, Virginia, is a rehab center that helps dogs rescued from terrible situations overcome their unfortunate pasts. It’s not always an easy job, but someone has to do it. And it’s well worth it in the end.

In the video below, we go on an inside look of what it’s like in the first step of rehab for a dog who’d never been touched by a human. He was so scared of everyone and everything, he sat in the corner of his crate trying to avoid all contact. It’ll be a long process, but the staff knows exactly what they’re doing. 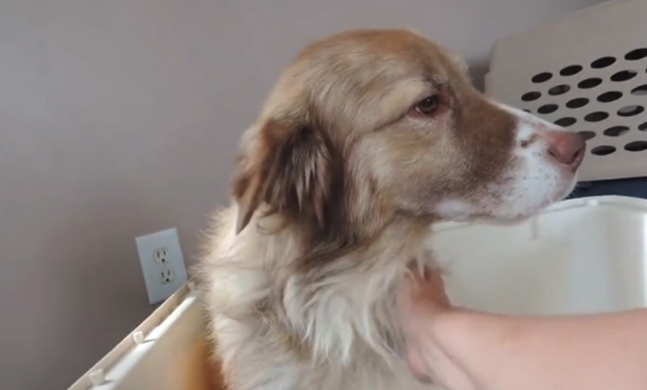 Bernard was rescued from an unthinkable hoarding situation where he never got to experience love. The only life he knew was being trapped in a small pen with lots of other dogs. But then he was moved to a safe place at a local animal shelter. 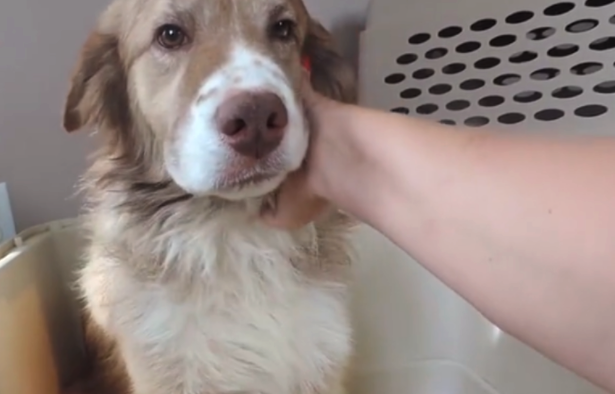 On the day this volunteer first met Bernard, he didn’t want to be touched at all. He wouldn’t approach no matter what they tried, so they ended up having to remove the top of the crate to get to him. Bernard immediately jumped out of the crate and hid behind another. He eventually made his way back to the original spot, and that’s where they spent the next 45 minutes.

The only goal of the day was for Bernard to learn that he could trust humans and feel love through their touch. You’ll see the beginning stage of the recovery process below, and it’ll tug at your heartstrings.