In some parts of the world, people can lack the resources necessary to properly care for their pets, whether it be for financial reasons or lack of basic knowledge. It can lead to neglect, but there are organizations out there trying to help as much as possible. 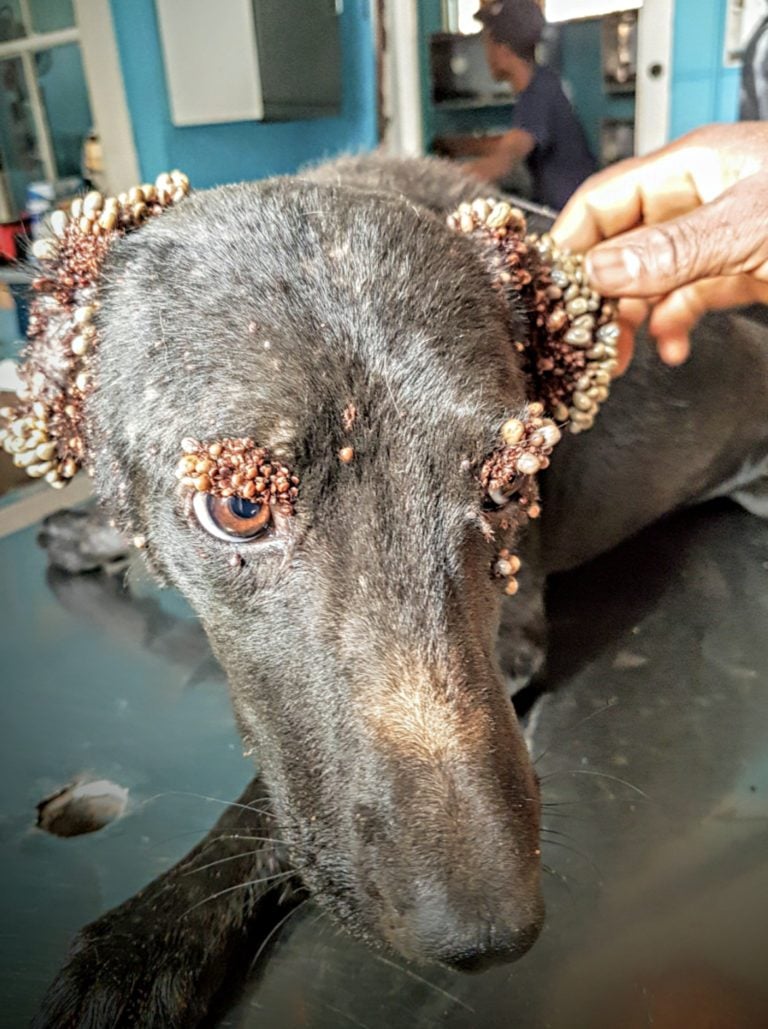 Belle is a dog from South Africa who faced a common issue for dogs, but because she wasn’t treated, it got out of control. CLAW (Community Led Animal Welfare), found the poor dog covered in hundreds of strange bumps and took her in to figure out what was going on. 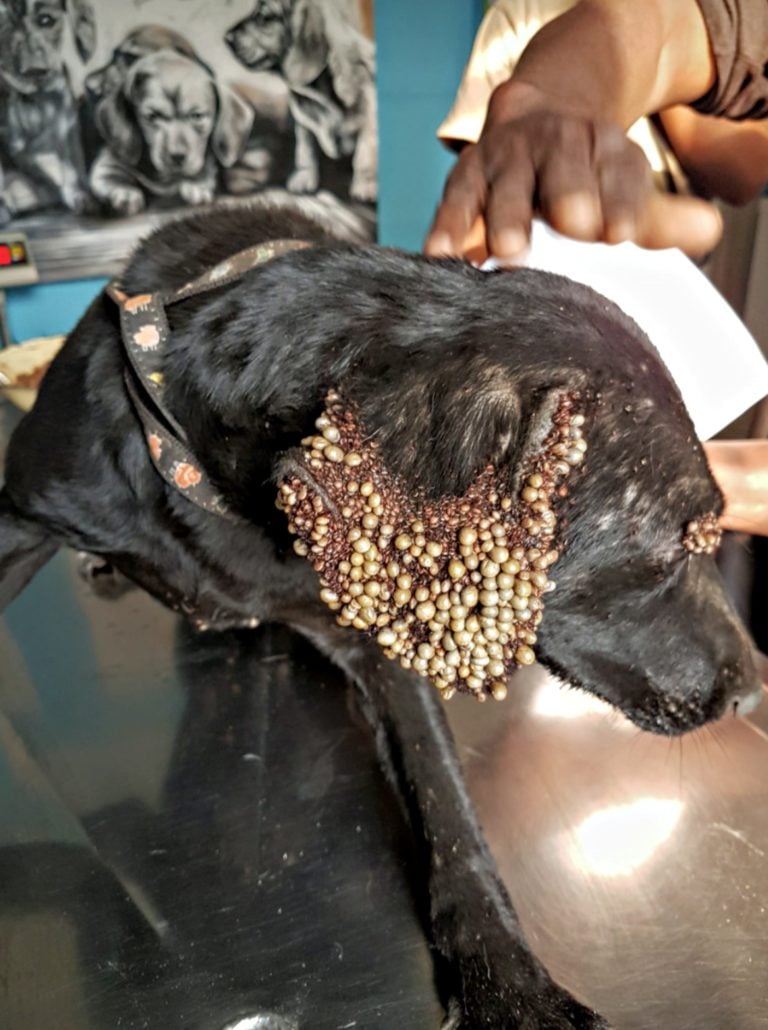 It turns out those weird lumps were hundreds of ticks, and they had drained the dog of so much blood she’d become anemic and could hardly walk. They mostly covered her ears and the spots around her eyes, and she desperately needed help to get rid of them. She was rushed to the veterinary clinic where they had to come up with a plan. If they tried to remove the ticks one by one, she would lose too much blood. So they came up with the idea to use strong anti-parasitic drugs to paralyze the ticks causing them to fall off of Belle and die. The medical team worked around the clock to get Belle’s health back and made sure she got plenty of extra nutrients. Belle’s condition improved drastically, and she started to look and act like a dog again! The dog’s photos were posted online, and a woman saw Belle and just had to have her. 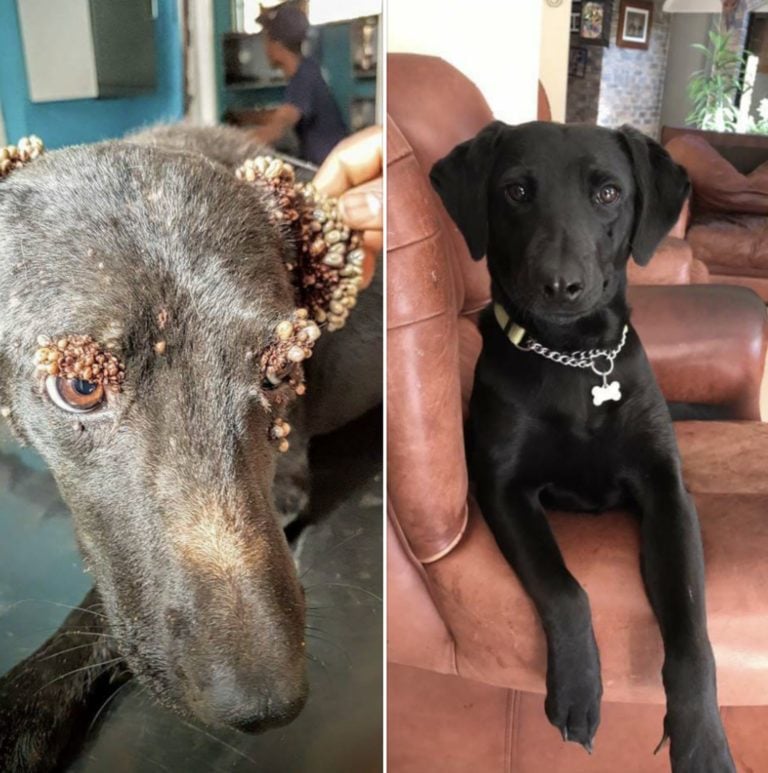 Belle is fully recovered and in a forever home where she’ll never be neglected again! Thanks to her adopted mom and the CLAW organization for saving this sweet girl and restoring her life. We hope more and more neglected dogs are able to find the help they need like this.