Hope For Paws received a call about a dog who’d been lying unresponsive for hours. They didn’t know how he’d act, so they surrounded the area. The Golden Retriever wasn’t interested in the food or water that was offered to him, and he didn’t feel good enough to get up and move around. 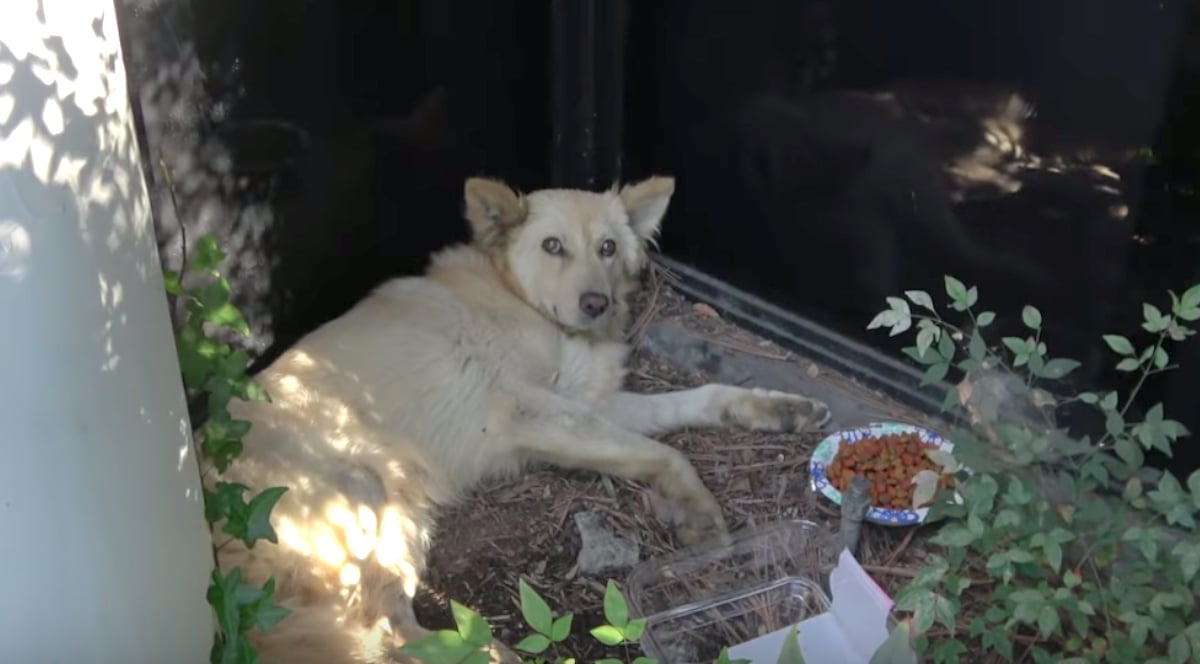 Rescuers put the Lucky Leash around his neck and worked with him slowly to get him into the crate, and Antonio stepped right into it like a good boy! They proceeded to load the dog into the vehicle and called to alert Dr. Pedraza that they were coming in with an emergency. 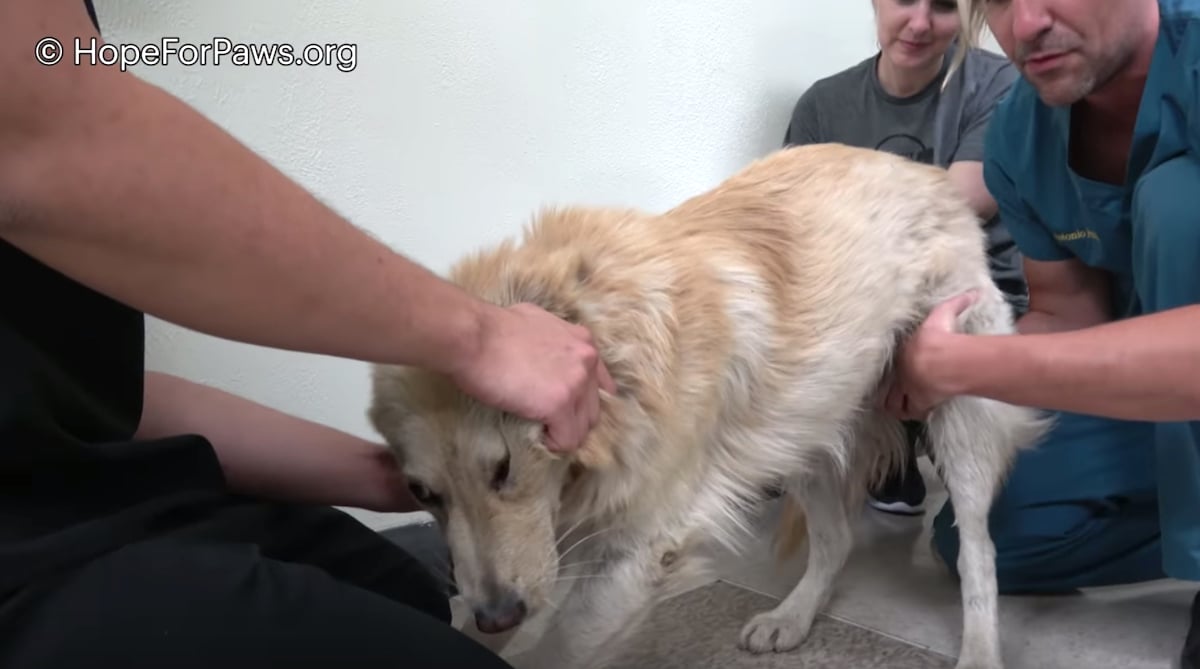 The initial examination revealed nothing was broken, but his spleen was ruptured and liver was badly bruised from someone kicking him. If Hope For Paws hadn’t gotten to him that day, he surely would’ve died. After surgery, Antonio continued on to a home where was completely rejuvenated! Just look at him now. 🙂