Animal Aid Unlimited received a call about a stray dog who was scratching so much his skin was bleeding. He had no fur, and his skin was so sore he wouldn’t let anyone touch him — not even the rescuers. So they had to use a net to capture the poor pup. But his days of suffering were about to be over. 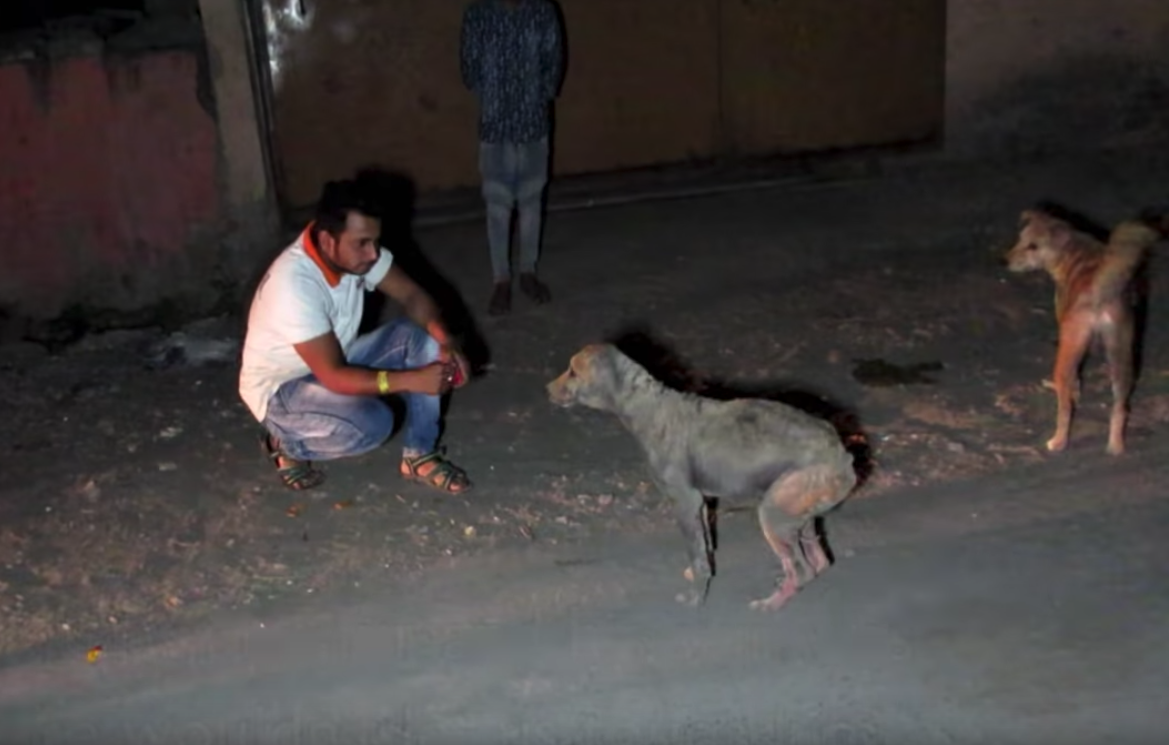 Mange parasites had caused severe crusting, and his entire body was hurting because of the skin infection. The rescue team started a course of treatment for the mites, infection, and inflammation. As timid as the dog was, he was very patient throughout his medicated baths. Troy was a sweet boy and cooperated for eight weeks of treatment. He was rescued as a scared dog with a disease that was ravaging his body and breaking his spirit, but surely even the rescuers couldn’t have imagined he’d end up looking this beautiful! Meet Troy today. 🙂

You can donate to Animal Aid to help them rescue more street animals.