An abandoned dog was found lying on the side of the road in the gutter on the verge of death. He didn’t even look like he was alive. He had probably just minutes to live, so thankfully he was found when he was. The pup was taken to an emergency animal hospital right away. 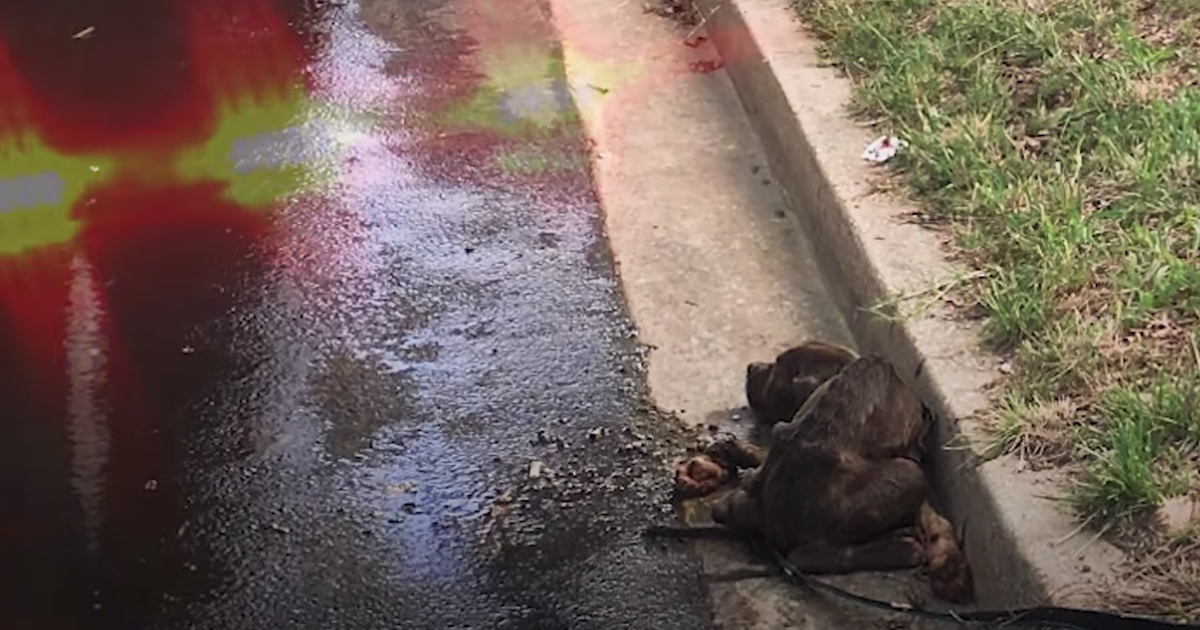 The poor thing only weighed 15 pounds when he should’ve weighed 35 to 45 pounds. It was three days later when he was released to an experienced foster, and the first few days there really showed the fight Tig had inside to go on. By the end of the first week, he was standing on his own and able to take small walks! 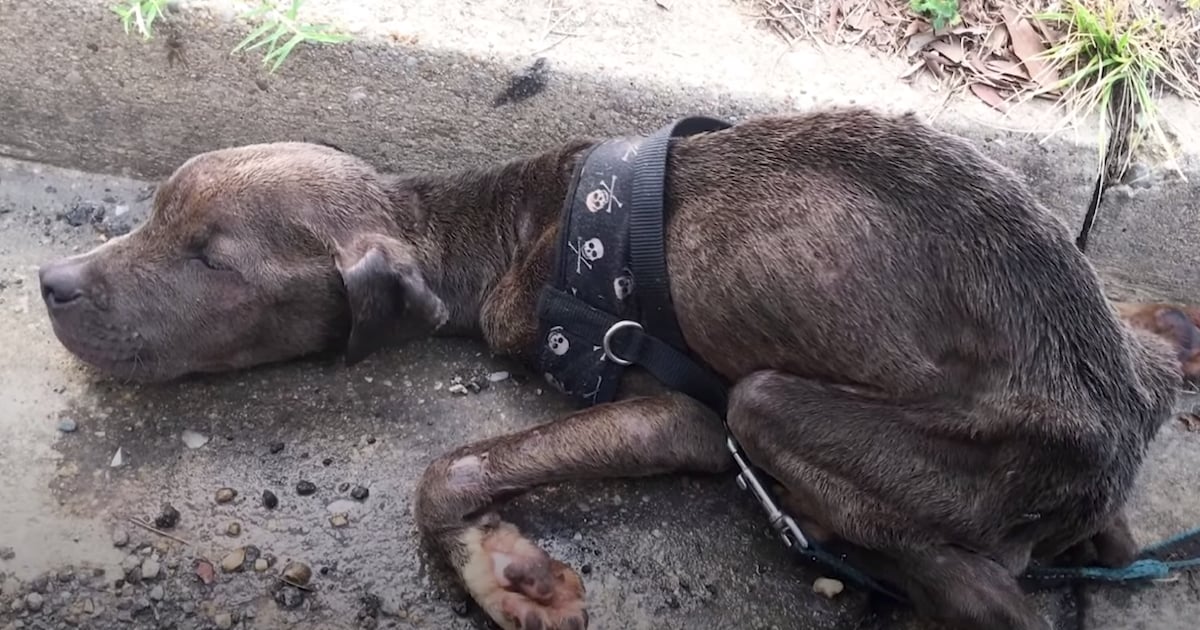 He built up more and more energy and started showing his true personality. His fur grew in as he became healthier, and then they found the perfect dog mom for him! Megan and her husband adopted Tig, and he fit right in with their two other dogs. It’s so great to see! 🙂