A woman named Taylor from Colorado was vacationing abroad in Bali, Indonesia, when she came across a tiny puppy on the side of the road. “She came right to me and I picked her up,” she said. “I didn’t plan on taking her home with me by any means.” 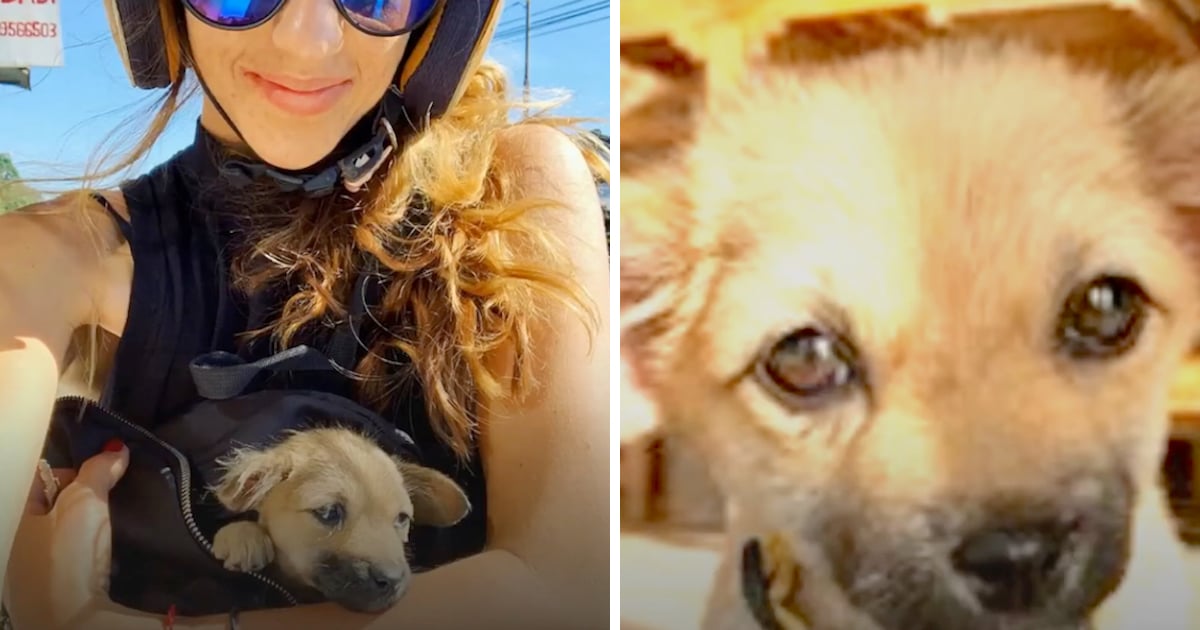 But the puppy was sick, and she knew she couldn’t just leave it here all alone to fend for herself. So she took the dog back to her bungalow to feed her, and they quickly formed a bond! But it was time for her to return back to the United States, so she had to find the puppy a home. But with the dog’s illness and neurological symptoms, it proved to be difficult. So Taylor named the pup Stevie Ticks and arranged for someone to watch her until she could fly back. “It made me realize how much I love her and I didn’t want to give up on her,” Taylor said.

Taylor would fly back to Indonesia and stay for 3 months until Stevie was healthy enough to go to the U.S. And it wasn’t long until the dog touched down in Colorado to live out her days in her forever home with her new mom. Amazing! 🙂