Hope For Paws received a call about an abandoned pit bull in an industrial area and set out to rescue him. When they arrived, the family that had called was still there waiting with the dog. It turned out the pit bull was the sweetest and friendliest boy possible. 🙂 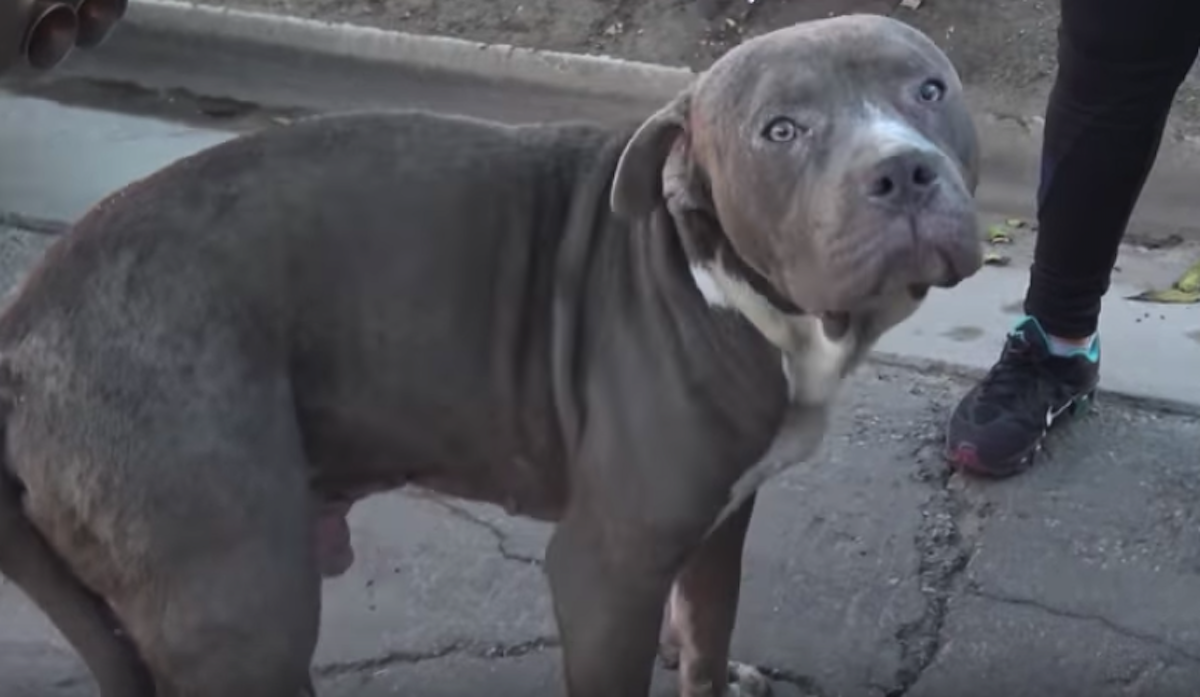 They named him Sterling and could tell right away that he had mange. Eldad scooped him up, and the dog was more than happy to sit on his lap for the ride back to their headquarters! That’s where he would get multiple medicated baths to treat his skin condition. 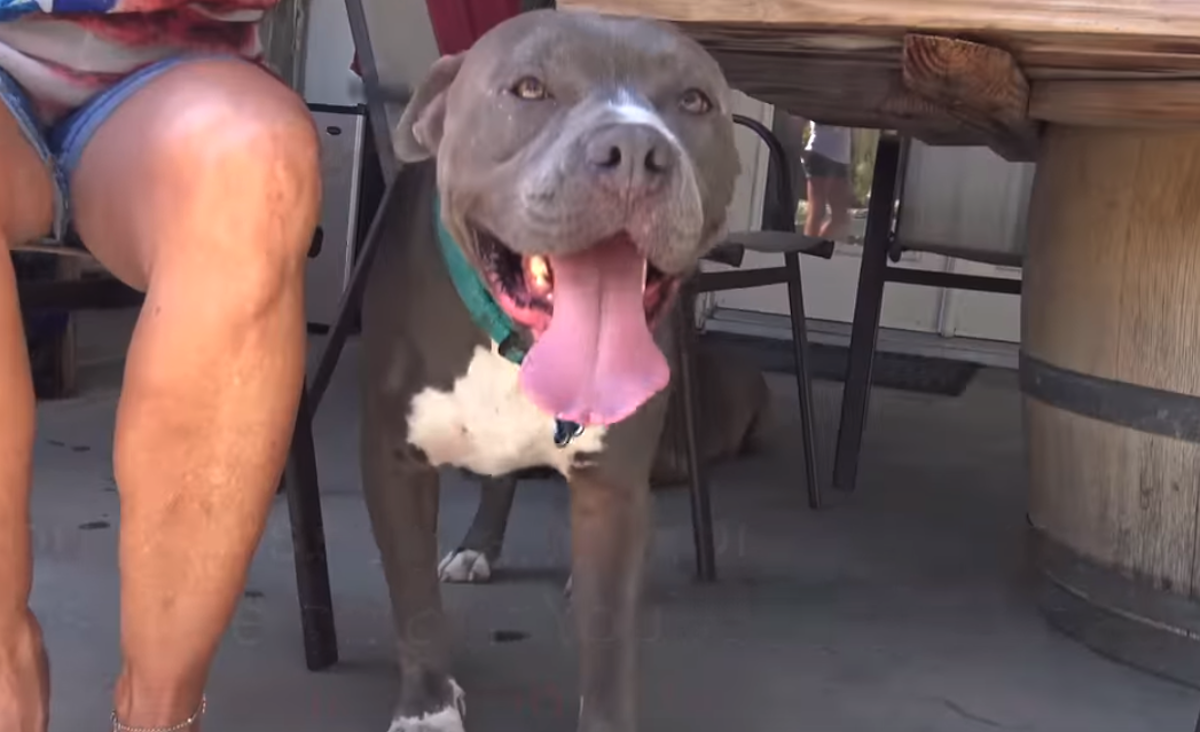 After a nice meal, Sterling continued on to his foster at Hope Ranch Animal Sanctuary. And just a couple of months later, Sterling found a loving forever home! Just wait until you see the good boy loving life in his new home. 🙂

You can donate and help Hope For Paws continue to save homeless dogs.