A reporter from Atlanta, Georgia, named BJ Nemeth was on his way home from a work trip when he decided to pull over at a rest stop and get something to drink. The last thing he expected to see was a pair of furry legs sticking out from behind the soda machine. 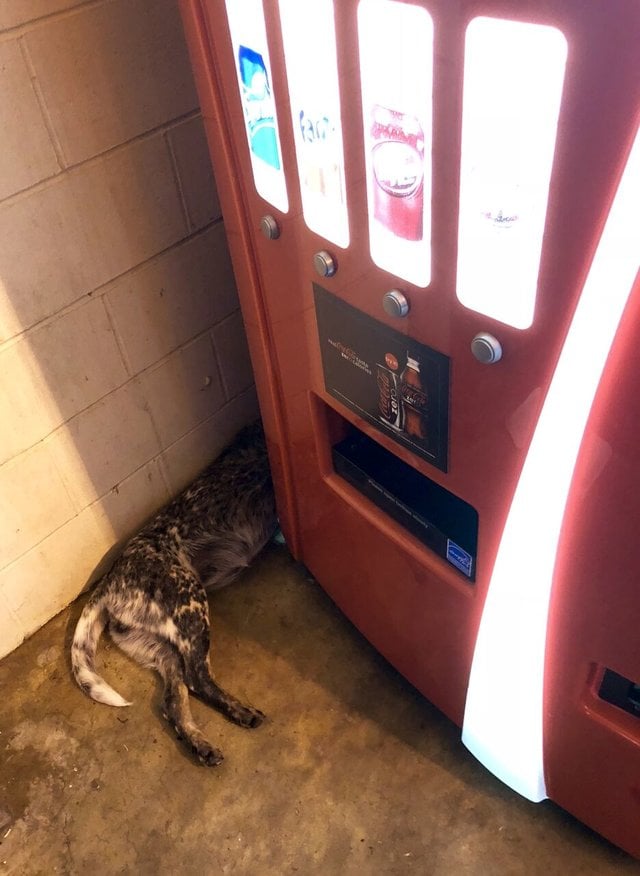 All he could think was “please don’t be dead.” He purposely took a photo on his phone with the flash on to light the area up, and that’s when the dog popped up and looked at him. She looked depressed and completely exhausted. 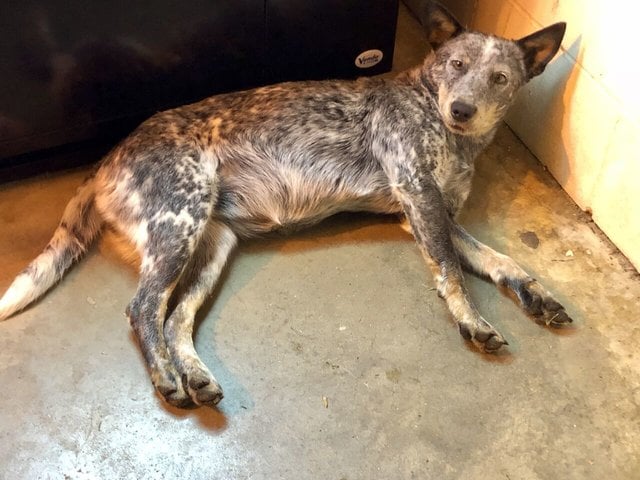 With the nearest exit over six miles away, BJ figured someone had driven the dog all the way out here and dumped her. He tried calling some local rescue groups and vets, but it was late and no one was answering. But he knew he couldn’t just leave her behind. So he spent some time trying to earn the dog’s trust. Maybe she’d get comfortable enough with him that she’d allow him to pick her up. He felt if he didn’t try to save her right here and now, no one would.

He bought a small bag of cheese crackers from the vending machine, and the dog started eating all the while keeping her eyes on him as she gobbled it up. BJ started tweeting out photos and updates, and he decided to name her Soda-Pup. The dog finished eating and lay back down. That’s when BJ saw his chance and snuck over to his car to grab a towel to pick her up with. He was able to place her in the vehicle with no problems. Soda-Pup was still a little nervous, but she was starting to finally feel safe.

So this pup is safe and sound in my car and asleep in the back seat. I’ve been waiting to get on the highway so she could settle in and relax. (Hope she doesn’t get car sick.)

While driving, BJ felt the dog’s cold nose press against his elbow. He looked back and there Soda-Pup was, all smiles. This is when he realized everything was going to be okay. He just had to get her to a good place.

They drove all the way back to Atlanta without stopping and arrived at home around 3AM. BJ set up a room for the dog and made a vet appointment for the next day. 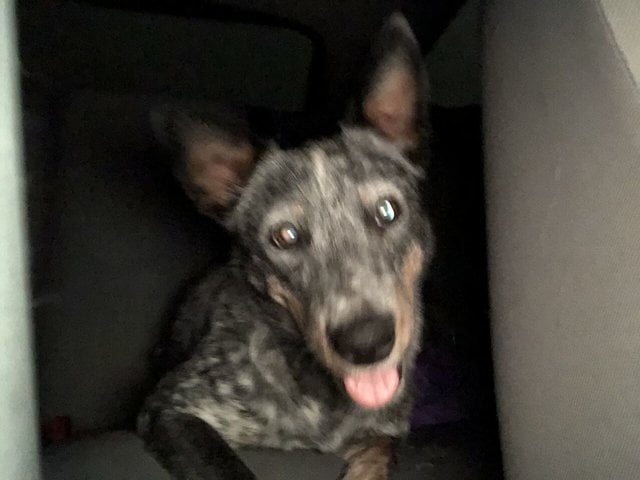 BJ’s own dog, Brisco, is territorial so he knew he couldn’t adopt Soda-Pup himself. But he was going to do whatever it took to find the sweet dog a home. He felt he at least owed that much to her. 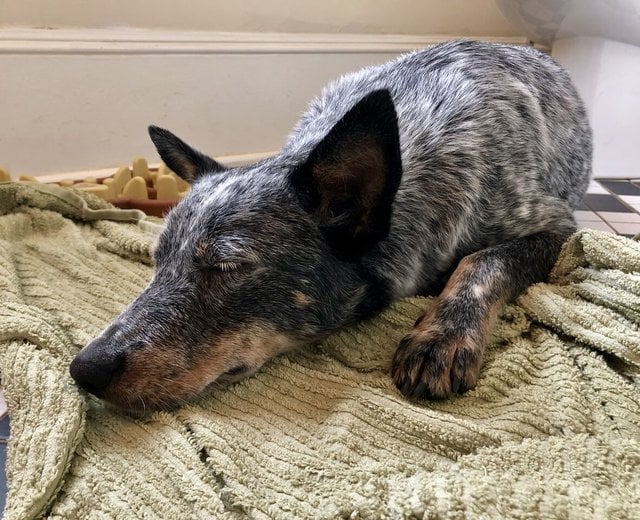 The next day at the vet, it was determined Soda-Pup was about four years old. She needed vaccinations and to be spayed, and BJ was happy to cover her medical bills. The vet gave him a discount for stepping up to take care of her. 🙂

Soda-Pup was a little too healthy to have been a wild dog her whole life, but she had no collar or microchip. She was uncomfortable being on a leash and rarely went to the bathroom at first.

This time she definitely seemed like she wanted to go to the bathroom, but she didn’t like the pavement or the grass or the wood chips.

This would be so much easier if dogs could talk. pic.twitter.com/VA1UstRN5V

Soda-Pup was a little shy, but she knew she could depend on BJ. It wasn’t long before she perked up and starting zooming around the house and wagging her tail! He tried teaching her some tricks and bought some toys for her. She thanked him with kisses every morning. 🙂 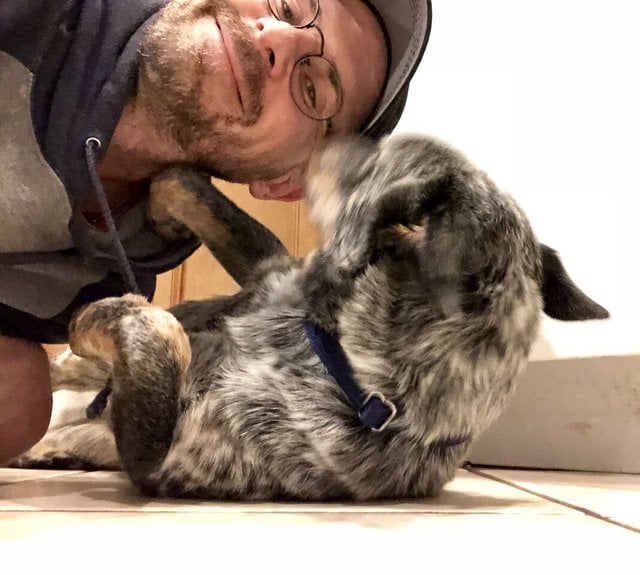 That homeless and neglected dog living behind a soda machine really blossomed into an amazing pet under BJ’s watch. All she needed now was a forever home. 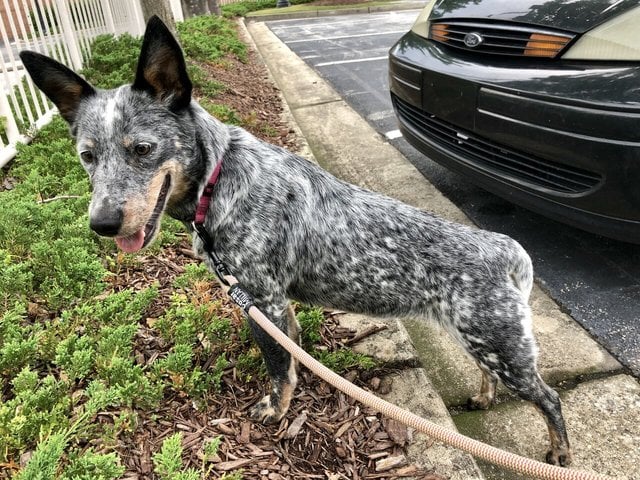 BJ turned to a trusted friend in Dallas, Texas, and she agreed to adopt Soda-Pup! They’d make the trip to the dog’s new home with BJ planning to stay there a few days for an easy transition.

If he didn’t already have a dog, BJ would’ve adopted Soda-Pup for sure. But he is already making plans to stay a part of her life by checking in for updates on all the new things she’ll be doing. 🙂 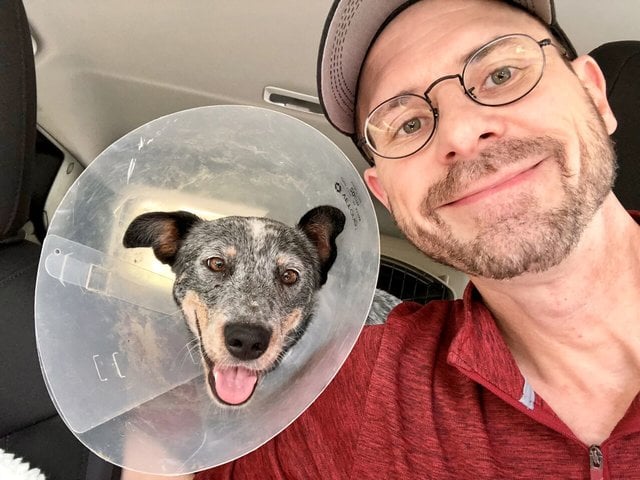 BJ also decided that May 22nd — the day he found her at the rest stop — would be her birthday. Now with the perfect home, he couldn’t imagine a better life for Soda-Pup. 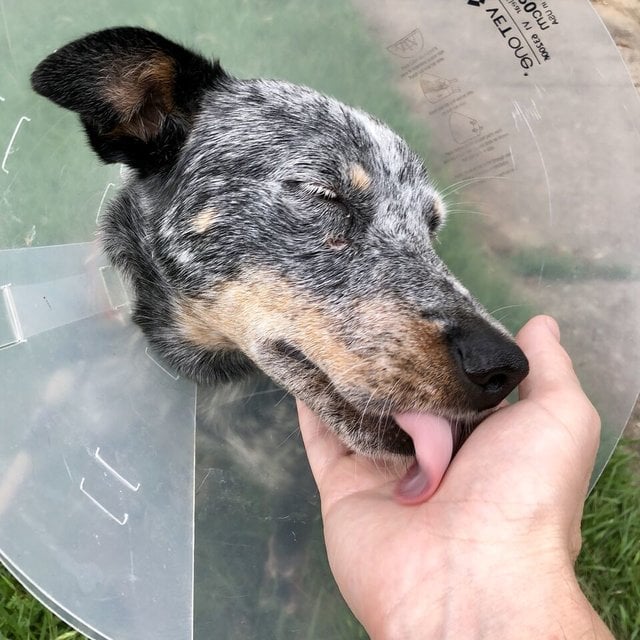 “[The adopter] was recently widowed within the past two years,” BJ told The Dodo. “I really like the idea of her going to someone who needs her just as much as she needs them.”