Russ Gremel lived a simple life. He never got married or had kids and lived in the same brick house in Chicago all of his life. He retired at the age of 45 after serving in World War II and attending law school. He also served as a Boy Scout scoutmaster for more than 60 years, and he touched the hearts of everyone who knew him. He was considered family by many in his community. 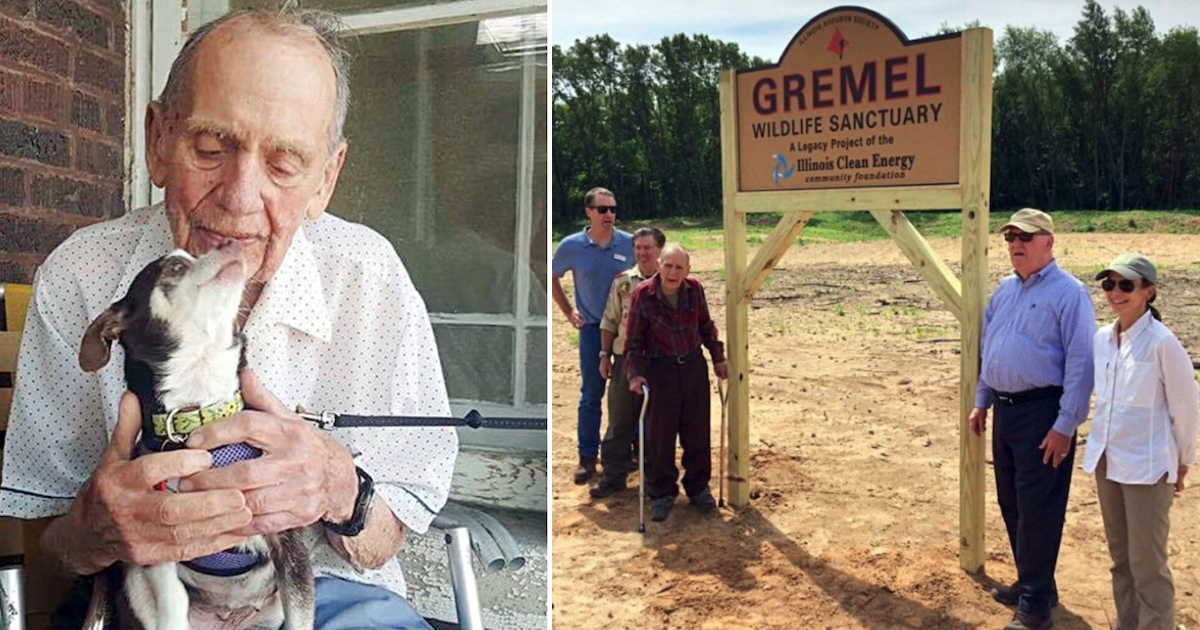 Russ never spent money but once bought $1,000 worth of Walgreens stock around 70 years ago at the advice of his brother. Over the following decades, this blossomed into $2 million. Russ later decided to donate all of the earnings to the Illinois Audubon Society to build a wildlife sanctuary!

The result was the 400-acre Gremel Wildlife Sanctuary, and thankfully, Russ got to see it all come to fruition before passing away shortly after. Watch the video below for more information on this man’s incredibly fascinating life!