Ruger is a happy and healthy dog who is very active and loves the outdoors. And one of his favorite things in the world is a nice tennis ball! In fact, his mom, Mindy Reminga, says the dog is obsessed with them. 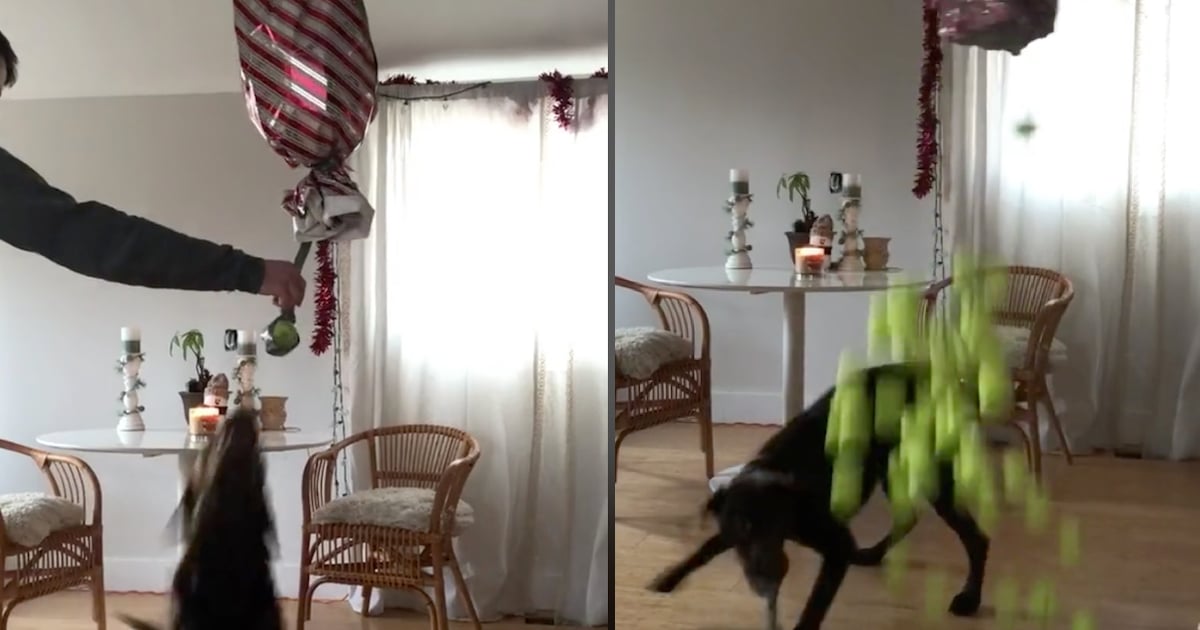 So, the family decided to surprise Ruger one day by filling a piñata with tennis balls and allowing him to break it open. They suspended it from a beam in the house and left a string at the bottom for the dog to pull at to rip it open.

“He didn’t know what to do at first,” Mom said as a caption to the video on TikTok.

He didn’t know what to do at first. 🤣🤣 ##labrador ##purehappiness ##ballobssessed

But once Ruger realized what was going on, he was thrilled and started chasing the tennis balls around the house. Too funny!