Riverside County Animal Services responded to a call about a puppy who had her head stuck in a tire. They didn’t know what quite to expect until they finally saw it. They tried using oil to lubricate her head enough to slip out of the rim, but her neck was swollen and she fought it. So they decided to transport her to the Coachella Valley Animal Campus. 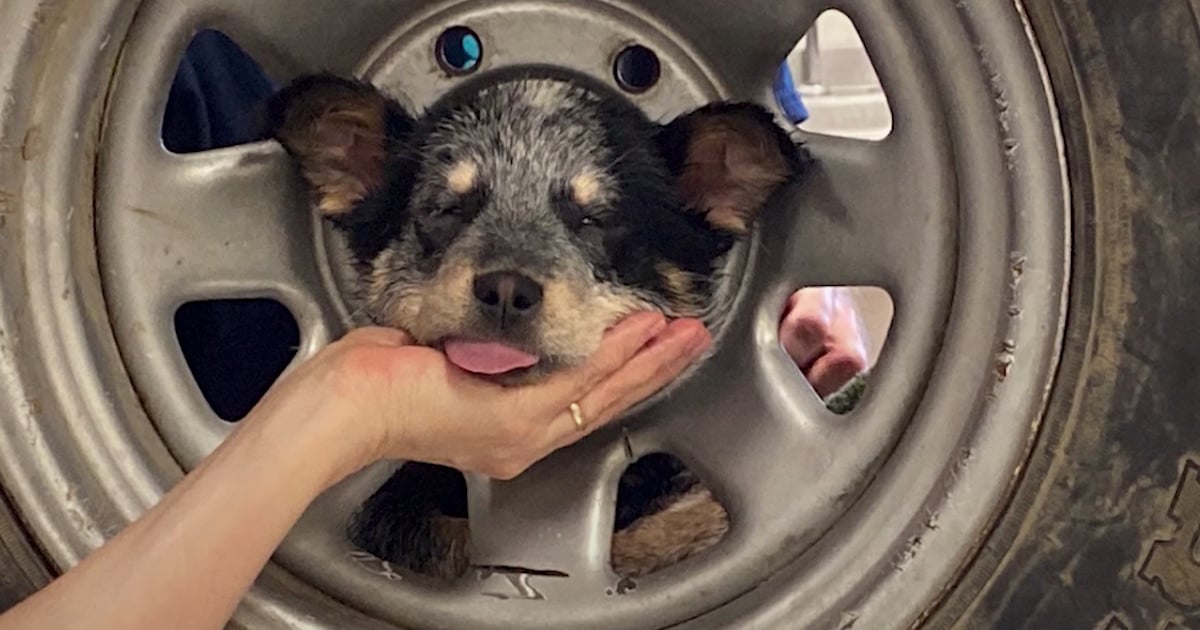 They sedated the pup to calm her, and they called Cal Fire to ask for assistance. They would have to use a sawzall to cut a piece of the wheel away to make enough space for her little head to be safely removed. The three-month-old Australian Cattle dog quickly ate some food and drank some water after the rescue, and doctors would keep an eye on her until she was eventually reunited with her family. A happy ending! 🙂