Emily Buchenberger took her puppy, Billie, to a puppy play date where dogs between the ages of eight and 18 weeks roam and romp around a doggy gymnasium without leashes. All of the puppies take this opportunity to make friends with one another, but on this day, the Golden Retrievers found and took to each other. 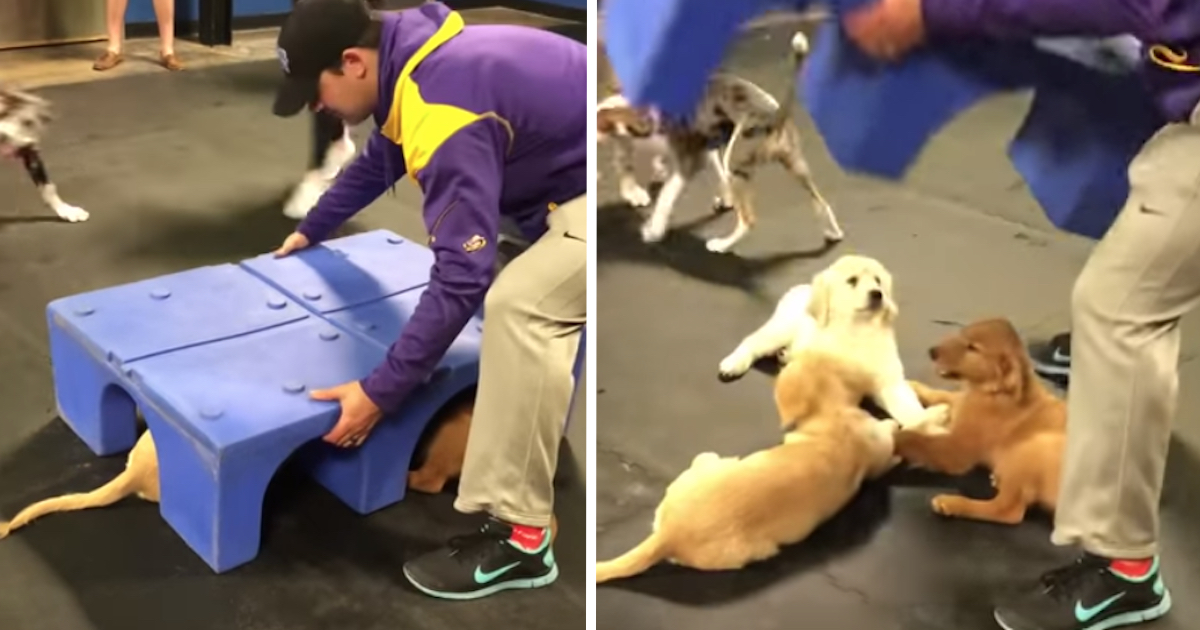 Billie, a four-month-old Golden Retriever, was one of the pups to join this secret club. Instead of mingling with the others, these Goldens would meet under certain toys and stick together. During one instance, a heartwarming moment was revealed by one of the dog dads.

When he lifted the plastic enclosure, three Goldens were seen holding hands! They didn’t expect their moment to be revealed to all! 😉

Later on, the same three pups met up under the plastic bridge to hang out some more! How precious and sweet is this?