One day on his route, UPS driver Gavin Crowsley found a Great Dane named Phoenix that was neglected and on the verge of death. Phoenix was on a short chain with no food or water. He knew that if the dog didn’t starve to death, the weather would soon kill him off. He contacted his employer right away, and they called the Humane Society…

When found, Phoenix was skin and bones. He only weighed 70 pounds. But when later reunited with the driver who saved him, he looked like a completely different dog. 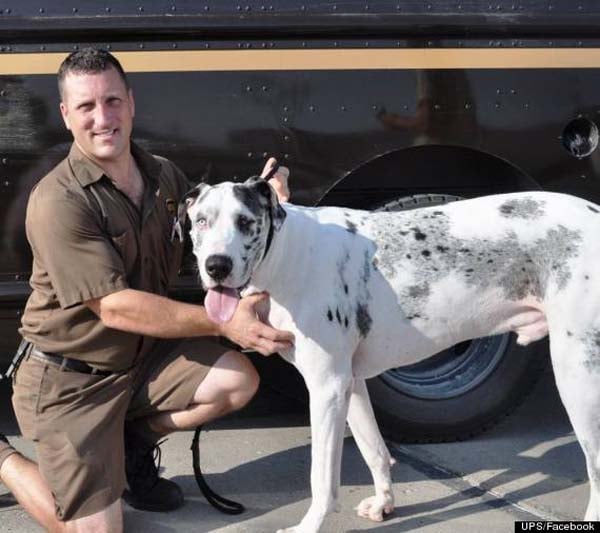 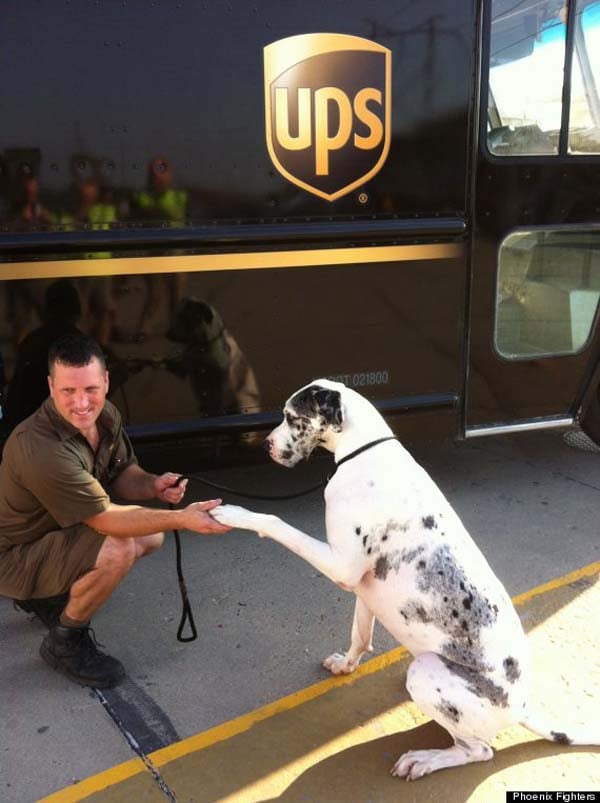 Here’s Phoenix with his new owner, as happy as can be! 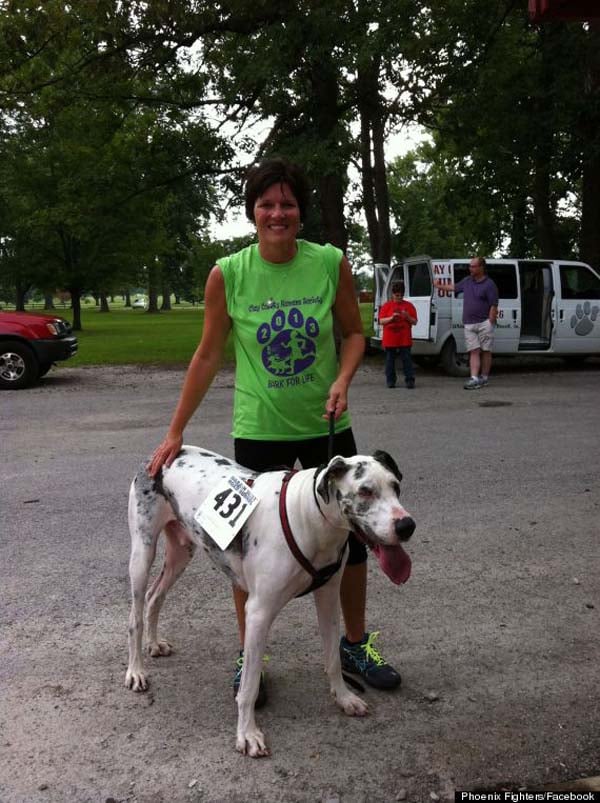 In only 7 months, Phoenix went from 70 pounds all the way up to 160 pounds! He didn’t even look like the same dog. Vets did discover that he was blind in one eye, totally deaf, and had lost some of his ear due to frostbite. But now he’s living the life in a loving forever home!