Hope For Paws received a call about an abandoned yellow Labrador who was used for breeding puppies and then thrown out like garbage. A few Good Samaritans had tried to capture the dog for a few days but had no luck. So Hope For Paws was called in for the rescue. When they arrived, they saw the Lab sleeping on the sidewalk. They tried sneaking up from the other side of the fence to use the gentle snare on her, but the dog freaked out and took off down the street. They decided not to chase her but followed her and waited for another opportunity. The dog took shelter under a car at someone’s house, so rescuers asked the property owner for permission to enter. With nowhere to go now, the Lab was restrained with the gentle snare and then the Lucky Leash. This was just the beginning of her new life. 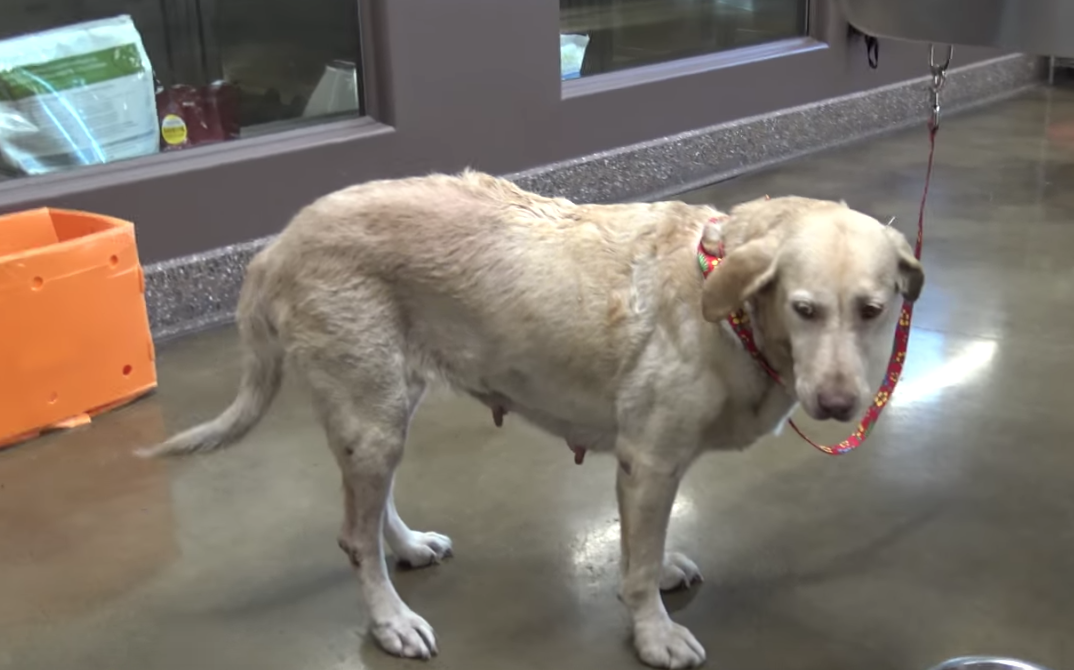 They could tell right away by looking at her that she was used for breeding. The owner of the property gave them a ride back to the Hope For Paws vehicle, and then it was back to the hospital where Perla finally wagged her tail! 🙂 Perla had no microchip, but a few weeks later Southern California Labrador Retriever Rescue was able to place her in a forever home! She’s so happy now with her new life.

If you’d like to donate and help save more dogs off the streets: http://www.HopeForPaws.org