An adorable panda named Da Mao engages in a wintry battle against a snowman at the Toronto Zoo, and it’s one for the ages! The determined fella may have been inspired by Kung Fu Panda, but he might want to sharpen his skills a bit as he keeps clumsily falling to the ground. 😛 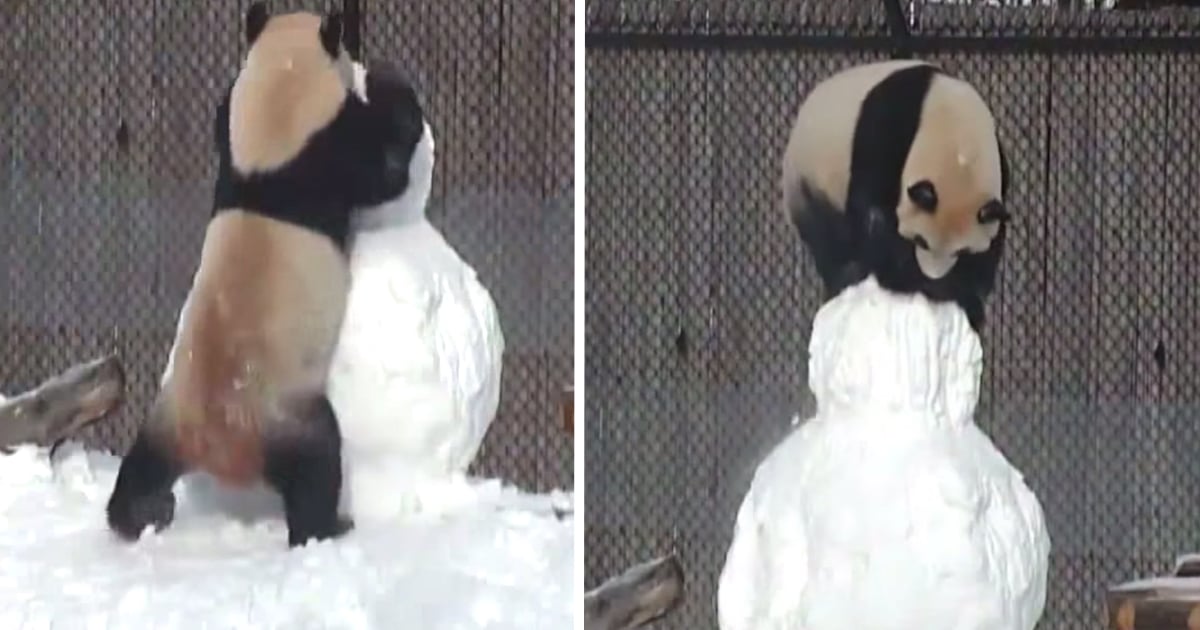 But despite the face-plants, stumbles, and bumps, the panda keeps going back for more! He even climbs on top of the snowman in an attempt to gain the upper hand. It’s a pretty one-sided wrestling match with the victory going to the snowman, but we’re all better off because of the footage being released! Gotta love it. 😀