A female Orca whale became trapped on the rocks of the British Columbia coastline. Whale rescuers and researchers were alerted to the situation, and they came armed with blankets, hoses, and buckets. 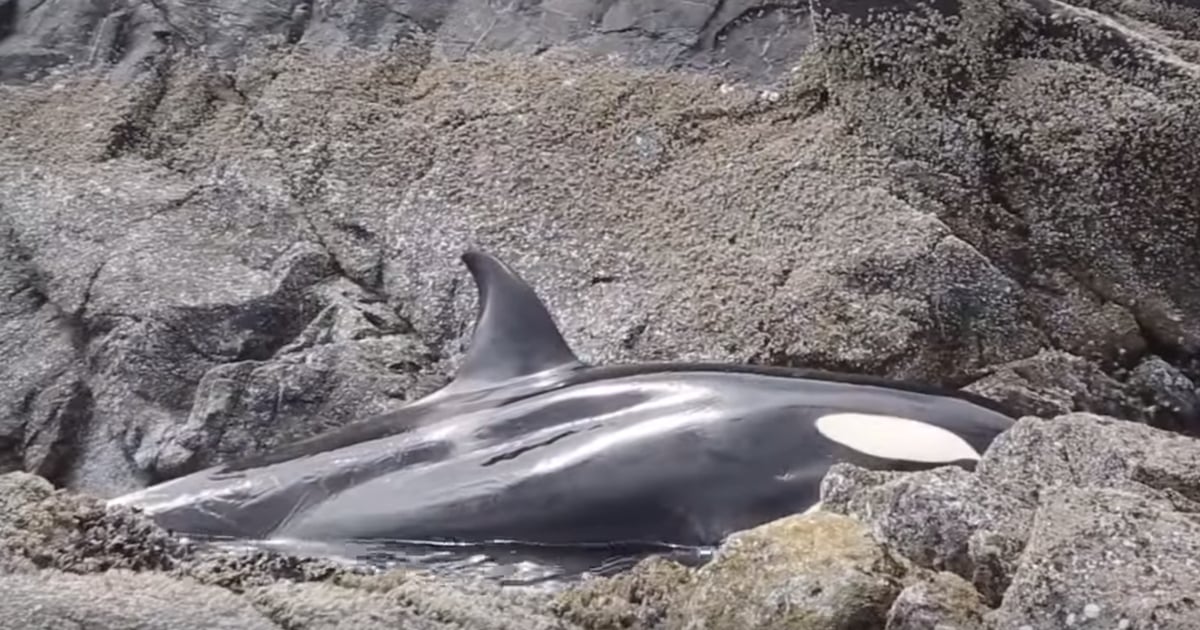 All they could do was work to keep the whale cool and wet until the tide could rise once again. They draped the Orca with the soaking wet blankets and proceeded to spray her with the hose and dump buckets of water on her. 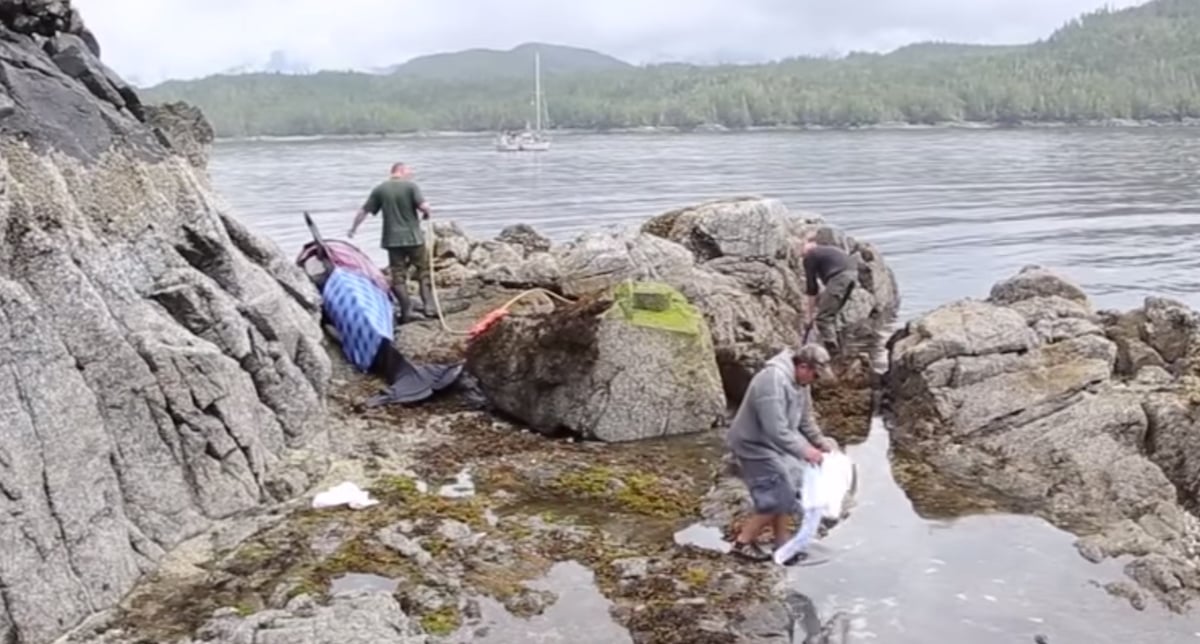 They would end up working for almost eight hours straight to keep the killer whale wet. Without their help, this would’ve had a much different ending. But the tide came back, and the Orca was able to free herself and swim away!