A sadhu’s dog had gone missing, and when he found him later in the temple, he was heartbroken to see the condition he was in. Animal Aid Unlimited showed up to rescue and help the dog who had a massive wound on his head, and they hoped the good boy could be saved. Omiyo was rushed to the hospital where they applied powder to kill off the maggots. The dog was older and in so much pain and needed everything to go as smoothly as possible. Rescuers sedated him to remove the maggots and clean the deep wound. 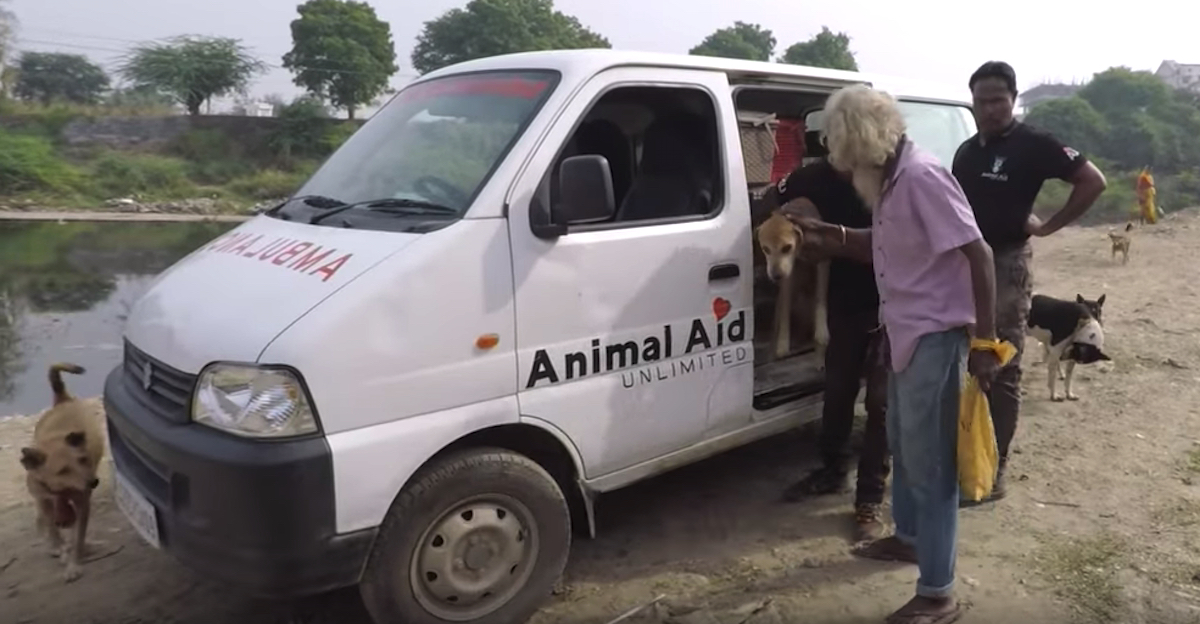 It would take a month to heal, but Omiyo was then returned to his owner! And it was then that the rescuers learned Omiyo was not the only dog in the family. It was a great reunion and a rescue that Animal Aid would never forget! 🙂