Neo the lamb ate something bad and became very sick. This caused a terrible reaction and he lost all of his eyelashes. He couldn’t be around the others, so they found the perfect friend for him. 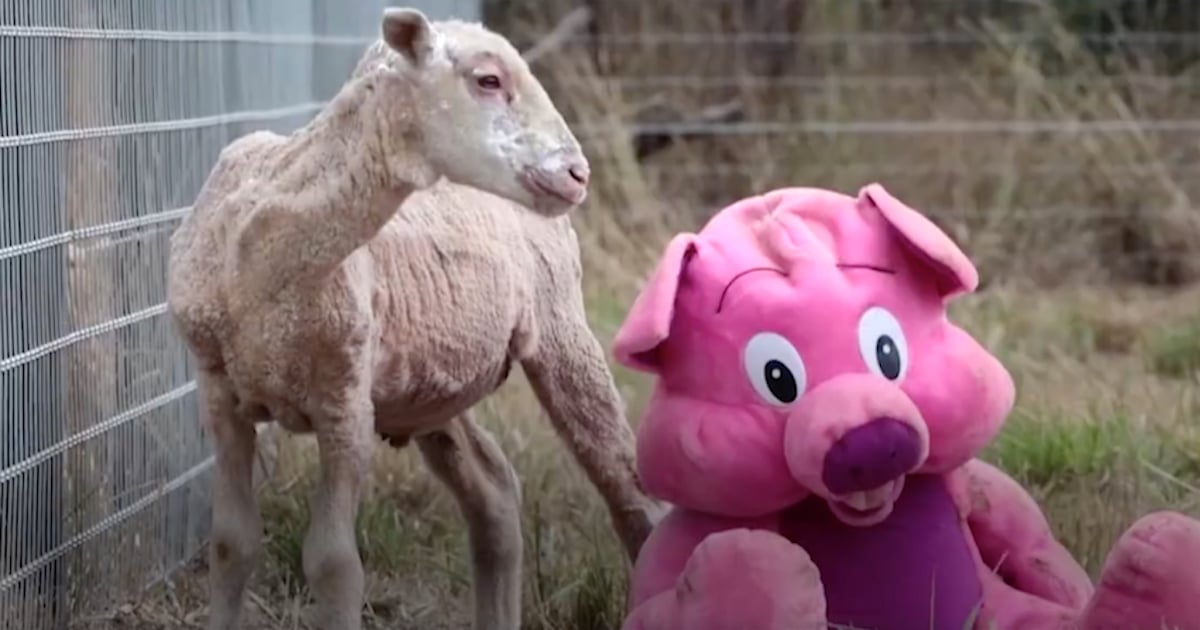 Rescuers presented Neo with a pink stuffed toy, and it’s the most adorable thing.They became inseparable. “Teddy” went everywhere with Neo, including the doctor. It was love at first sight and a big reason for where he is today — Neo looks so different now.