Monty the cat has no nasal bridge as the result of a chromosomal abnormality giving him a different appearance and making him sneeze more than a normal cat. Despite being the sweetest kitty, he wasn’t adopted until he was three years old all because of his looks. But it ended up being for the best, because he found the perfect person. 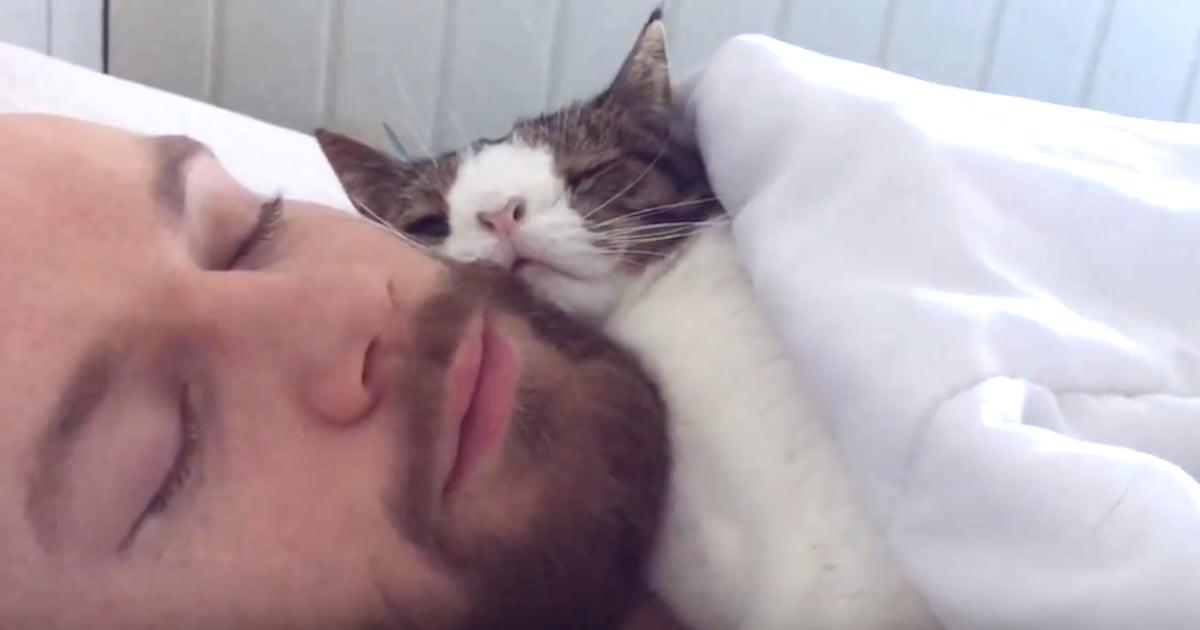 One man decided to take a chance on the cat, and it’s the best thing he’s ever done. Just look at the adorable sleeping routine they’ve taken to! He wouldn’t trade his buddy for the world, and he loves him exactly the way he is. 🙂