Molli Oliver helps reunite veterans with their retired service dogs to allow them to have a second chance at life alongside the soldiers they fought with and knew so well. There’s a bond there that’s indescribable, and it’s only right that these veterans have the first opportunity to adopt their former battle buddies. The news segment here focuses on Taylor, a yellow Labrador, leaving a military kennel. Princess Taylor served her country all her life by saving soldiers’ lives, and the Taliban even had a bounty on her head. Molli Oliver’s goal was to reunite the dog with her handler, Sergeant Tom Hansen. 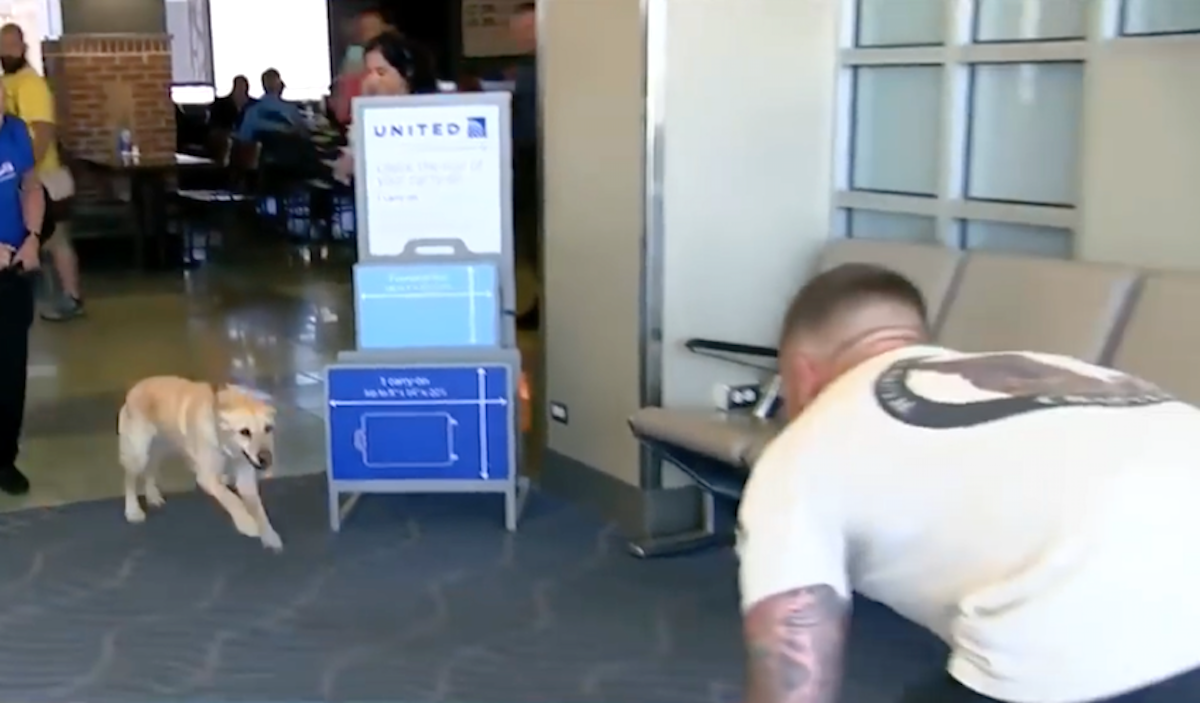 After a first-class flight all expenses paid by Molli Oliver, Taylor walks off the plane and turns the corner to see her best friend. The reunion is nothing short of heartwarming. It’s so great that these two get the spend the rest of their lives together.