We all know the feeling; you’re tired and just want to sleep in, but the early birds are up and wanting you to get out of bed. In this case, the early bird is Max the Husky, and he just wants his human brother to get up and play! 🙂 But his owner has other ideas. He’s not quite ready to get up at the moment, and the play session is going to have to wait until later. But that’s not good enough reasoning for this playful Husky! 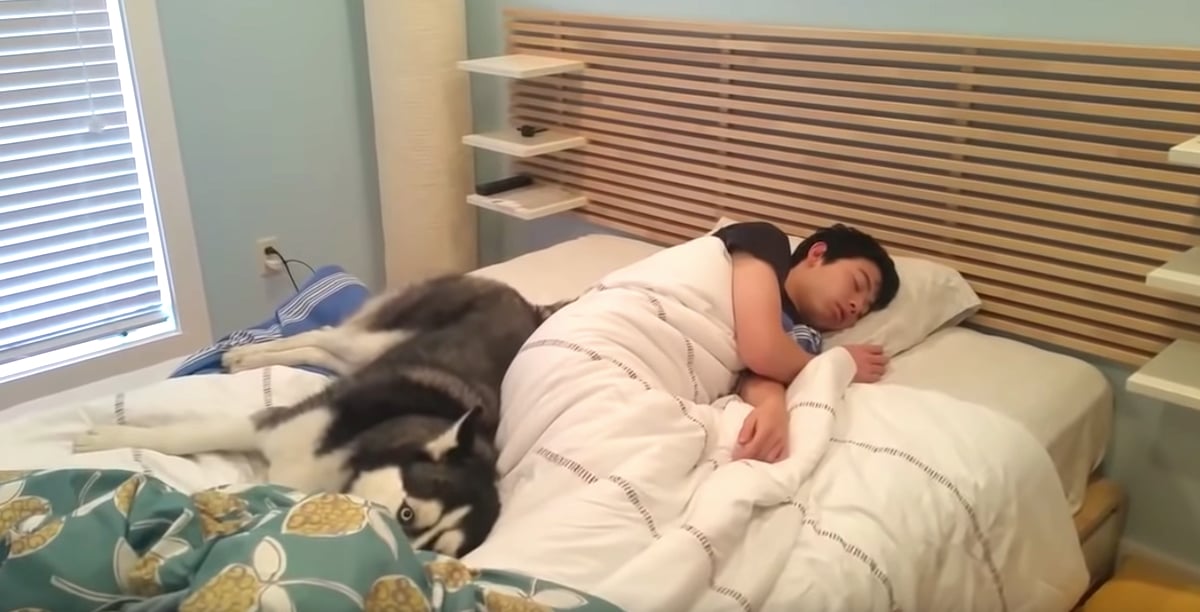 After a few more attempts, the dog gives in. Max the Husky resorts to cuddling with his brother, but it’s not the worst compromise in the world — he loves to snuggle as much as he loves to play! 😀