While on an expedition in Australia for a young cancer patient, a group got together in the wildlands with their dogs for the day. And it was out here that the one man’s dog would have an encounter with a kangaroo that could’ve ended very badly. The man was horrified to see the kangaroo holding onto his dog with a chokehold and approached without hesitation. He knew he had to do something to ensure the safety of both animals involved. But the kangaroo continued to hold on with its strong arms until the man got closer — and then turned its attention to him. 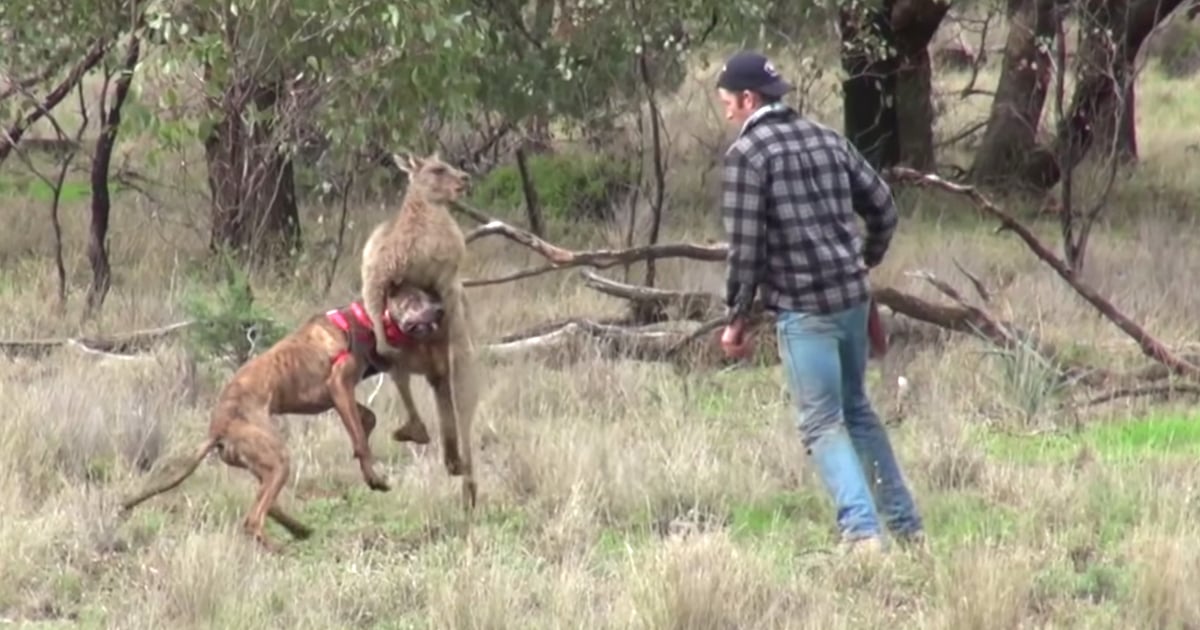 Getting attacked by a kangaroo would not be a good thing, so when the kangaroo showed it wasn’t about to let this whole thing go, the man did what he had to do and struck the animal with his fist. It wasn’t enough to do any real damage, but it did the trick making the kangaroo disengage and run away.

While not ideal that this came down to violence, it’s hard to blame anyone for doing what they have to do to protect their dogs and themselves.