Animal Aid Unlimited received a call about a stray dog suffering from a skin disease on the streets. All she could do was try to hide from the world. Her skin was so red and raw. Terrified of more pain, she ran away as rescuers approached.

Rescuers followed the dog for an hour to catch her. And it’s a good thing they did. Without rescue, this poor girl would’ve died. The mange was so advanced, and she was running out of time. So they started treatment right away. 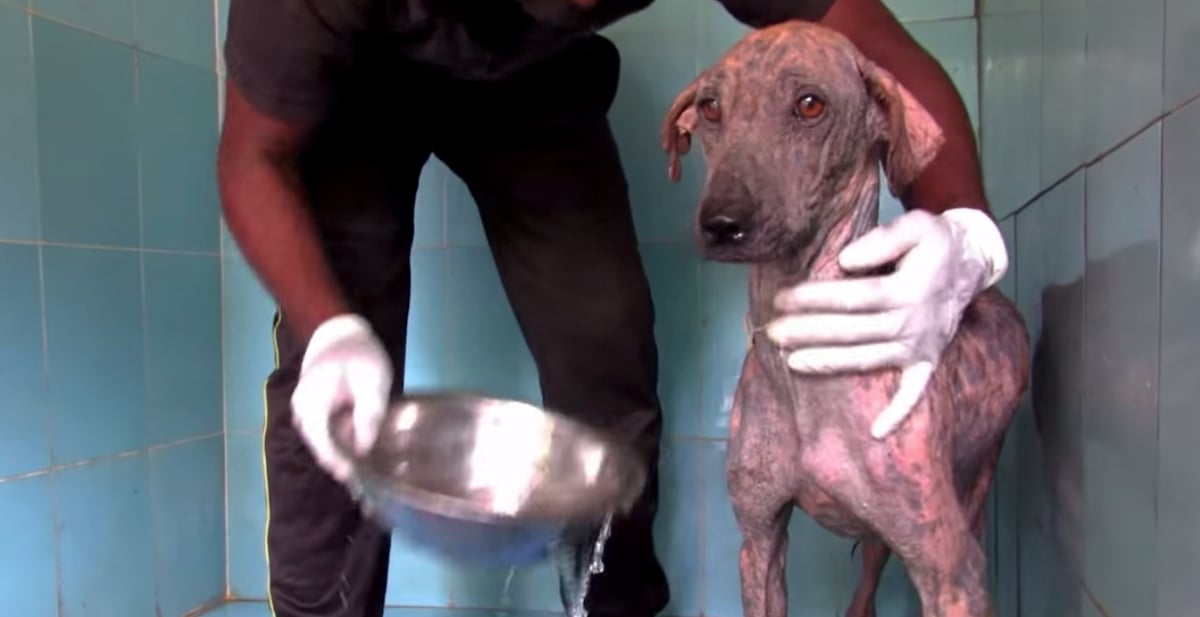 The pup would have to take many baths and receive many treatments, and after just three weeks her skin was already looking so much better. They watched as she healed over the course of three months, and then all of her pain turned into play. Look at Lottie today! 🙂