Hope For Paws received a call about a homeless dog eating from a pile of trash, and they arrived on scene as fast as possible. The dog was too scared to get close to any humans, even when they had food in hand. So they had to be patient with him. 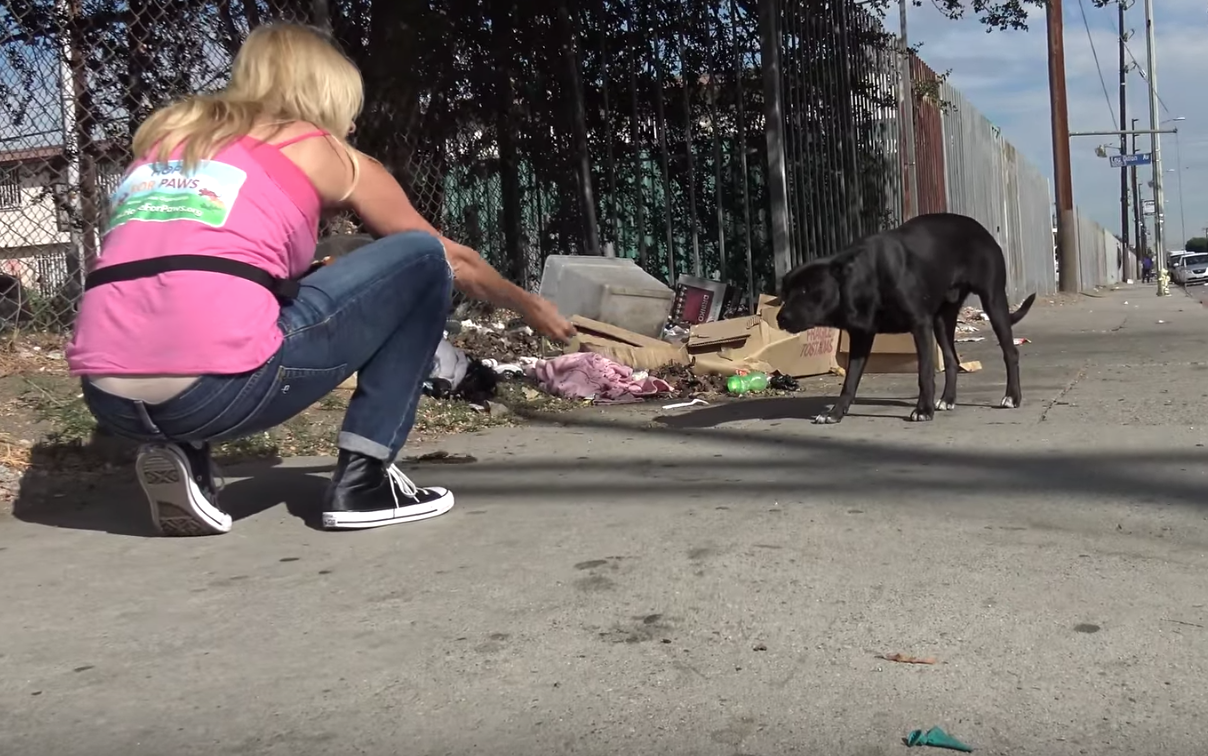 They set food and water on the sidewalk and allowed the dog to get comfortable with their presence at his own pace. As soon as he would go for the food in the snare, they would go for the capture. The few moments of panic and stress would be worth it in the end. Jet started to try to chew through the snare, so they quickly moved him to the crate. He was then placed in the vehicle to be transported back to their facilities. They could tell the dog had very little human contact in his life the way he was acting around everyone. Jet was sent for training and rehabilitation, and a few weeks later he started to feel safe enough to let his loving personality shine through! 🙂 Sunny Day Acres did an amazing job with Jet and even ended up finding him a forever home! From scavenging through trash for food to having a loving home, the dog’s life took a complete turn in just a small amount of time.

If you’d like to help Hope For Paws continue to save dogs, you can do so at: http://www.HopeForPaws.org