Officer Christopher Bisceglia was on duty in Orange, Massachusetts, when a little Scottish Terrier approached and barked. The dog then ran away before coming back and repeating this action over and over until the man figured something was wrong and followed. 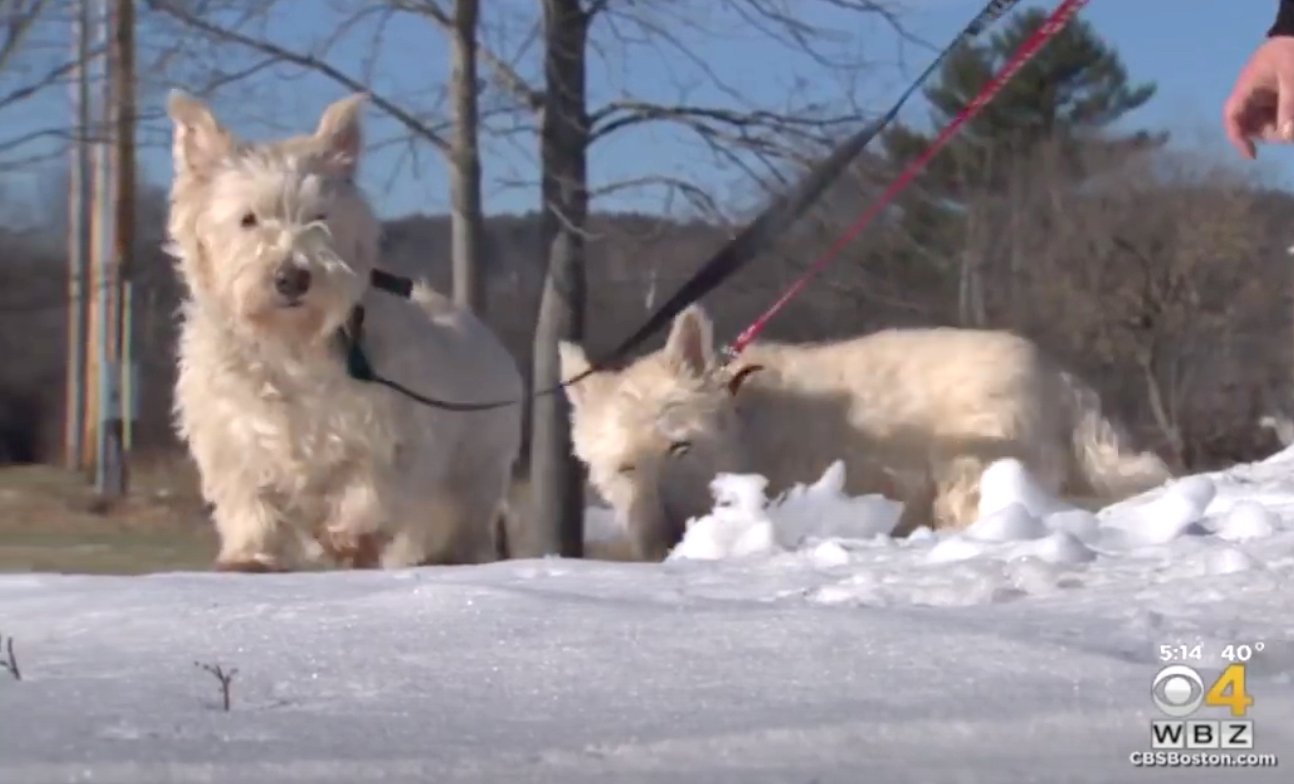 They crossed a large empty field before the dog stopped at an icy embankment and cried out for help. That’s when the officer saw another Scottish Terrier trapped in the snow below. He immediately called firefighters for rescue. 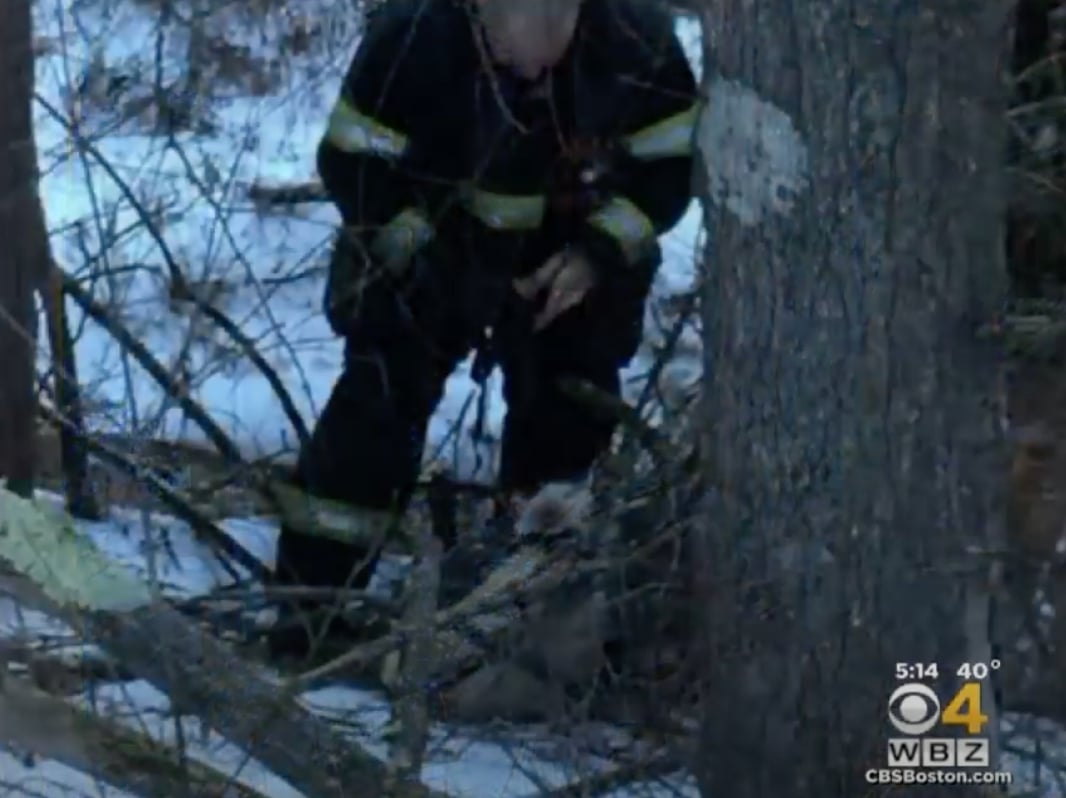 It ended up that the two dogs were Jacques and Annabelle, two siblings who had panicked and ran away from home after their elderly owner was taken to the hospital for an emergency.

Annabelle only suffered a few minor cuts, and the two dogs will be kept together in animal control until their owner can be released from the hospital. Jacques is a true hero!