A baby rhino was taken in by The Rhino Orphanage as a little one at just seven days old. Mapimpi didn’t know what was going on and would cry out for his mother. The first few days were extremely stressful, but the organization did everything in their power to help. 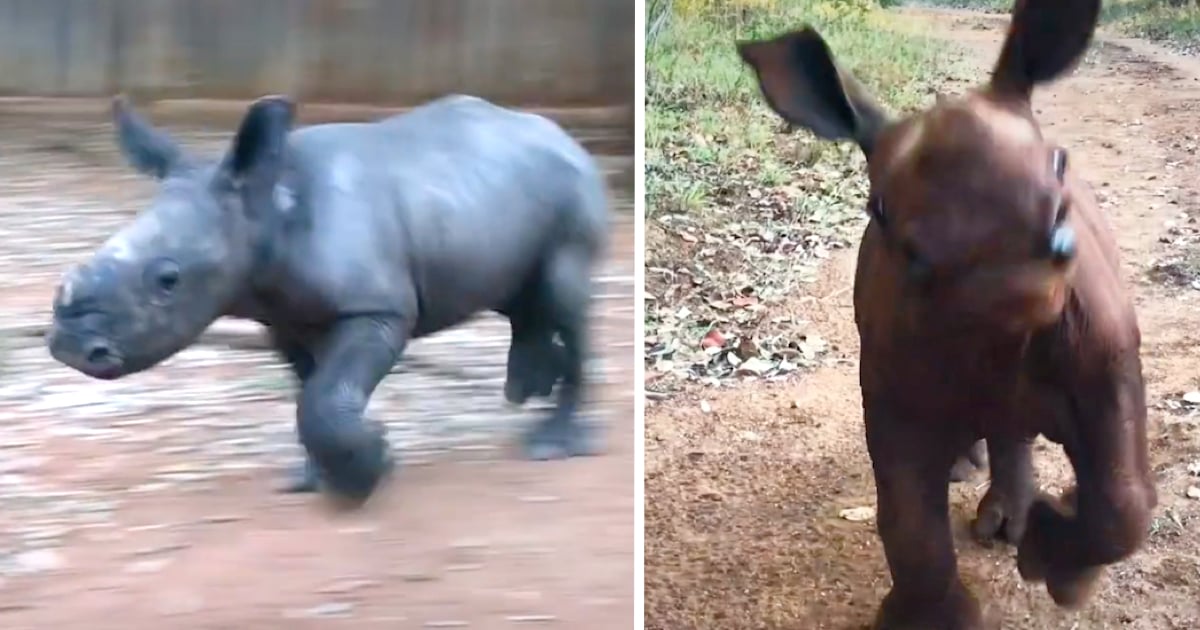 It was just after this that the baby rhino started coming around. He just wanted to be close to people and his personality started to shine through. And while out on bush walks one day, Mapimpi was so happy that he started running back and forth! But he was a little clumsy and fell down a few times. 😉 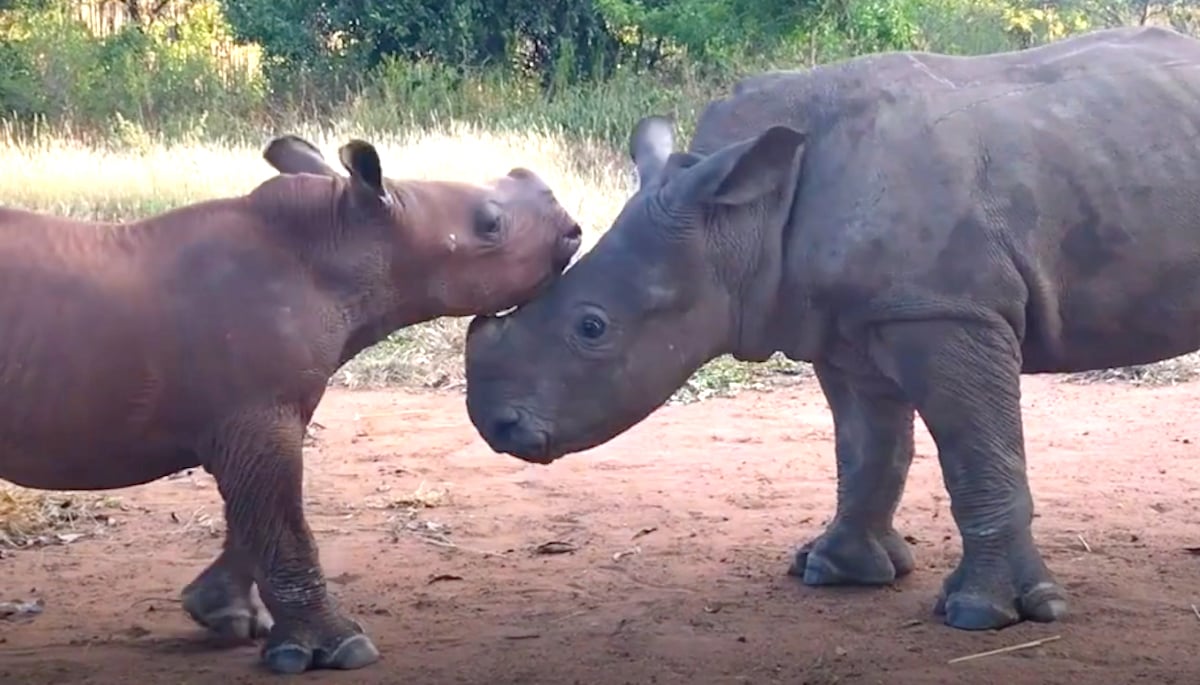 These orphaned rhinos are slowly introduced to other rhinos and cared for by the organization until they’re old enough to defend themselves — around four or five years old. Only when it’s safe are they sent back to a life in the wild. You have to love the work of The Rhino Orphanage!