While on a walk, a six year old Golden Retriever named Otis made a discovery – 6 baby bunnies that were separated from their nest. Naturally, he began licking them gently while keeping them between his paws and safe and sound. His owner, Jenna Laigle, scooped them up shortly after and returned them safely to their mama. Contrary to popular belief, this doesn’t mean the mother won’t want anything to do with them. 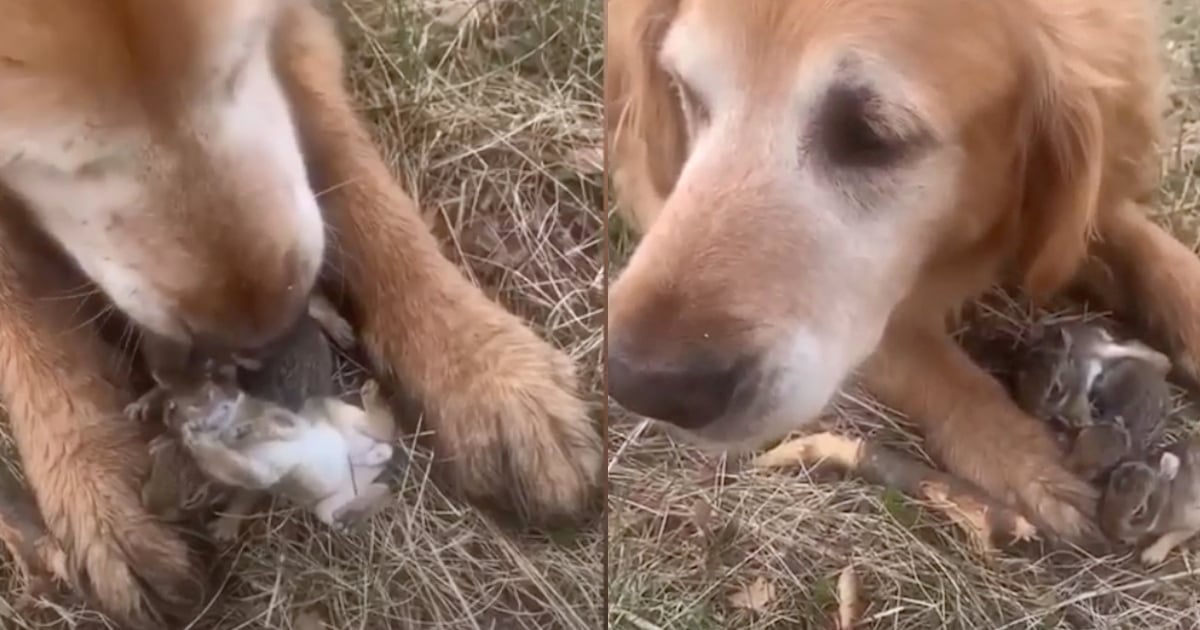 Watch the short video below: