Back when Hope For Paws rescued Everest the Newfoundland, they were told that he had a brother who’d disappeared. When the rescuers learned the brother had returned they set out to that same location, and they found Fuji. 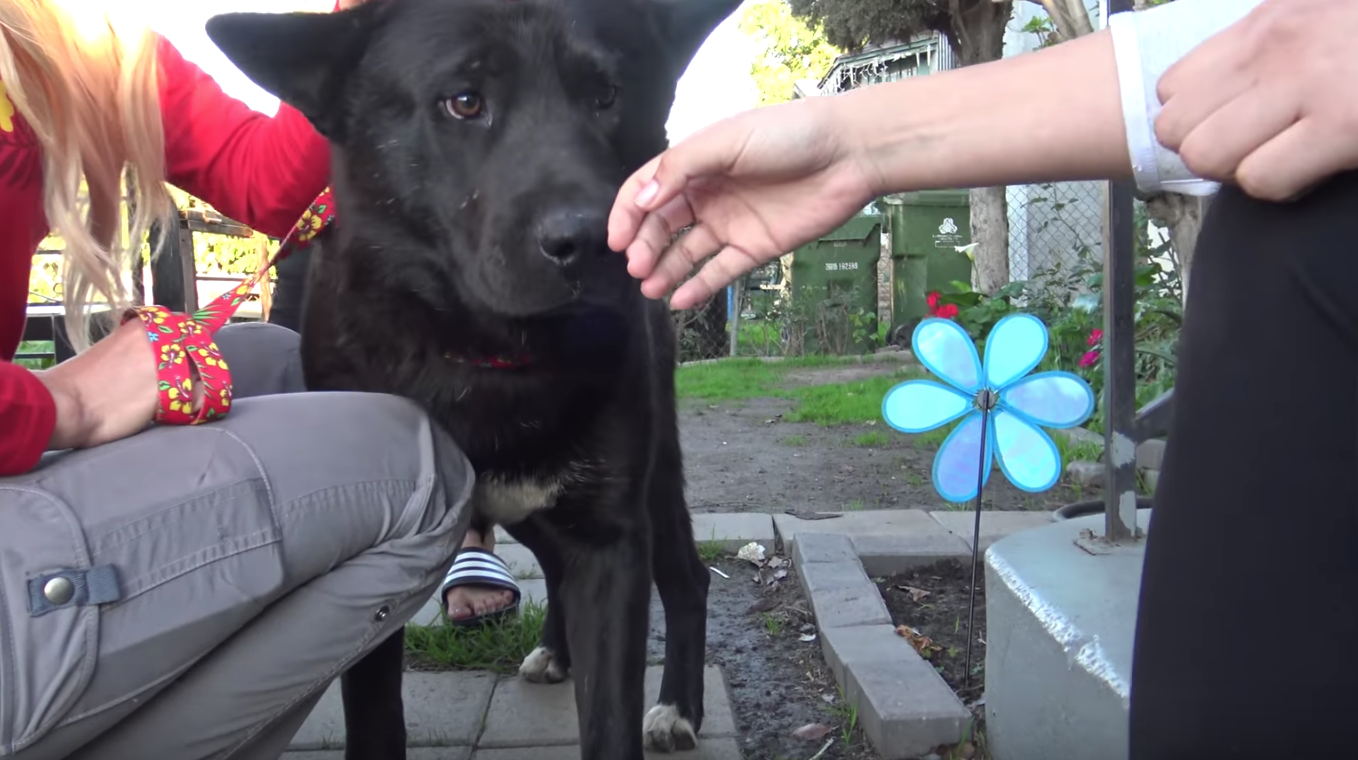 They were able to corner the nervous gentle giant in a yard before securing him with the Lucky Leash. That’s when rescuers were told that Fuji has a homeless Golden Retriever friend. And it was just minutes later when Tai showed up! Tai the Golden Retriever was so hungry, he didn’t even notice when they slipped the leash around his neck while he ate the food they provided. The two friendly dogs were placed into the vehicle, and they alerted Everest’s Dad that they found two dogs.

After some baths and medical attention, the two friends were able to play together. Everest’s family decided to adopt Fuji so that the two brothers could be together forever, and Tai found an amazing forever home thanks to Bark N’ Bitches!

What an ending to this rescue! You can help Hope For Paws rescue more dogs like Fuji and Tai by supporting them here.