Simon and Sammie were rescued just weeks apart from two different shelters in South Carolina. Both dogs had survived unthinkable pasts, and they seemed to understand that right away. The two gravitated toward each other, and what you’re about to see is so special.

Simon the one-year-old Border Collie is shown here comforting his pal by lifting his paw on the operating table and placing it on Sammie’s. 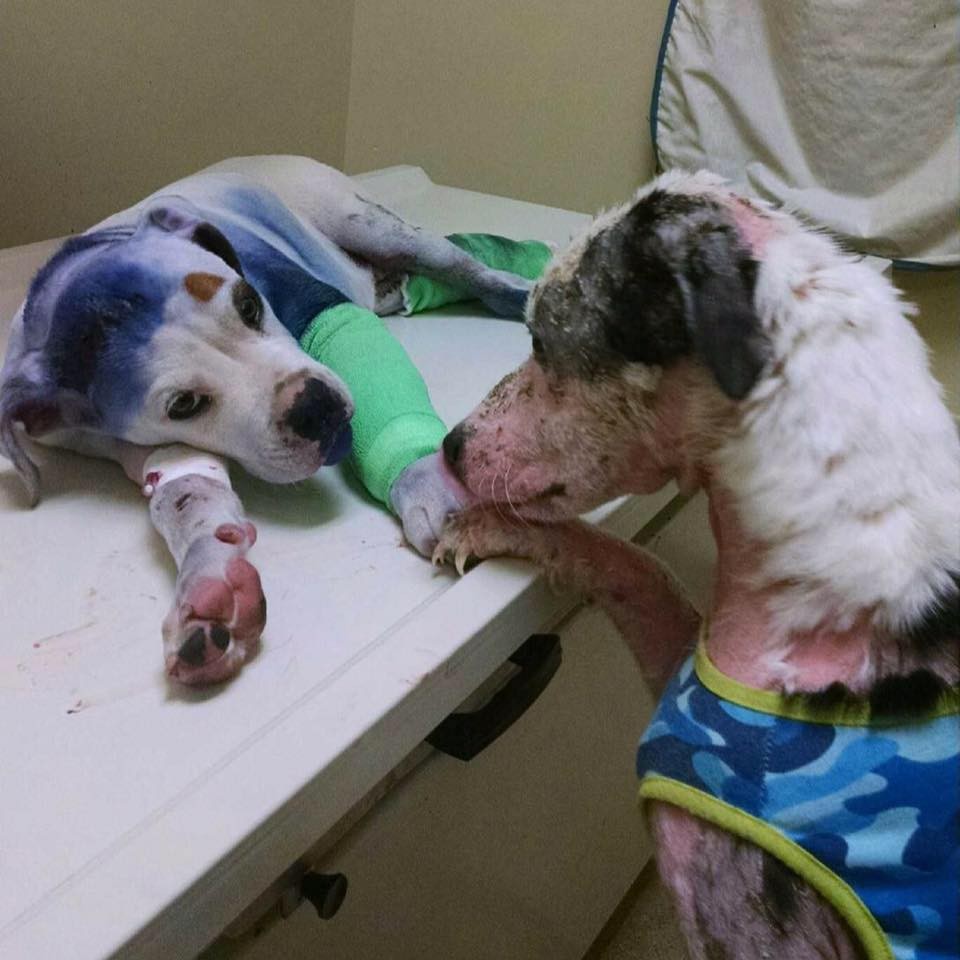 Sammie, four-months-old, had been severely abused. He was dragged by a car, spray painted and shot. But on this day, the two dogs took comfort and found peace in each other despite all they had gone through. All of this was possible thanks to Rescue Dogs Rock NYC who pulled the two dogs out of nearby shelters to give them the treatment they needed. Sammie may end up losing his leg that was shot, but both dogs will survive after undergoing extensive surgeries. Simon just wouldn’t leave Sammie’s side. It’s as if he knew they were going through similar situations and needed each other to pull through. Fate brought these two dogs together, and Simon ended up being the guardian angel Sammie so desperately needed.