A woman was seen on security camera footage abandoning her yellow Labrador Retriever at a park in Vancouver, Washington. The video shows her pull up in a Tesla and letting the dog out, and then she proceeds to take off his leash and collar. She then begins their fake walk into the woods to trick the dog and turn around and drive off.

The owner of the camera, Alyssa Ott, couldn’t believe what she saw and called a friend who got in contact with dog rescue I Paw’d It Forward who agreed to take him in.

“What she did when she took the collar off and pet the dog and threw the collar into the vehicle is a sign for me it’s likely her dog and she didn’t want there to be a way to trace it back to her,” Keri-Lyn Jakubs, found of the rescue, told KGW8. “Somebody that’s just going to dump a dog would have just left, they wouldn’t have thought twice about getting back out and making sure he goes into the park.” 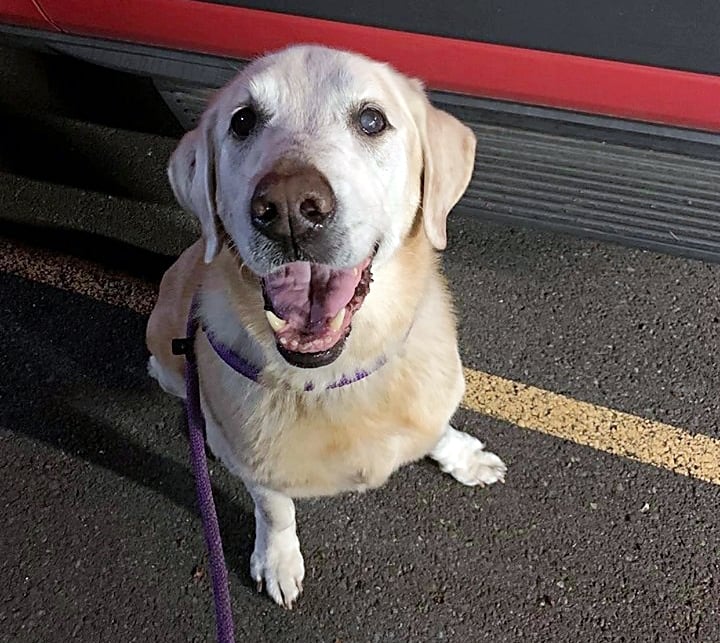 The dog was transferred to the Southwest Washington Humane Society where he would be safe and cared for while Clark County Animal Protection and Control continued investigating the incident. One thing is for sure, this pup will never have to worry about being abandoned again!