Hope For Paws received word about a dog dumped and living in a park. When they arrived, they learned the dog had been lactating which meant she could have puppies nearby. Esme was frightened, but she was willing to risk taking food from the rescuers because she was so hungry.

After luring Esme close with tasty treats, they were able to secure her. Now it was time to search for puppies. Mama was calm and seemed to appreciate the affection. Rescuers played barking and whimpering sounds from a YouTube video to get Mom thinking about puppies in hopes she would go looking for them. Then they started walking around the park. 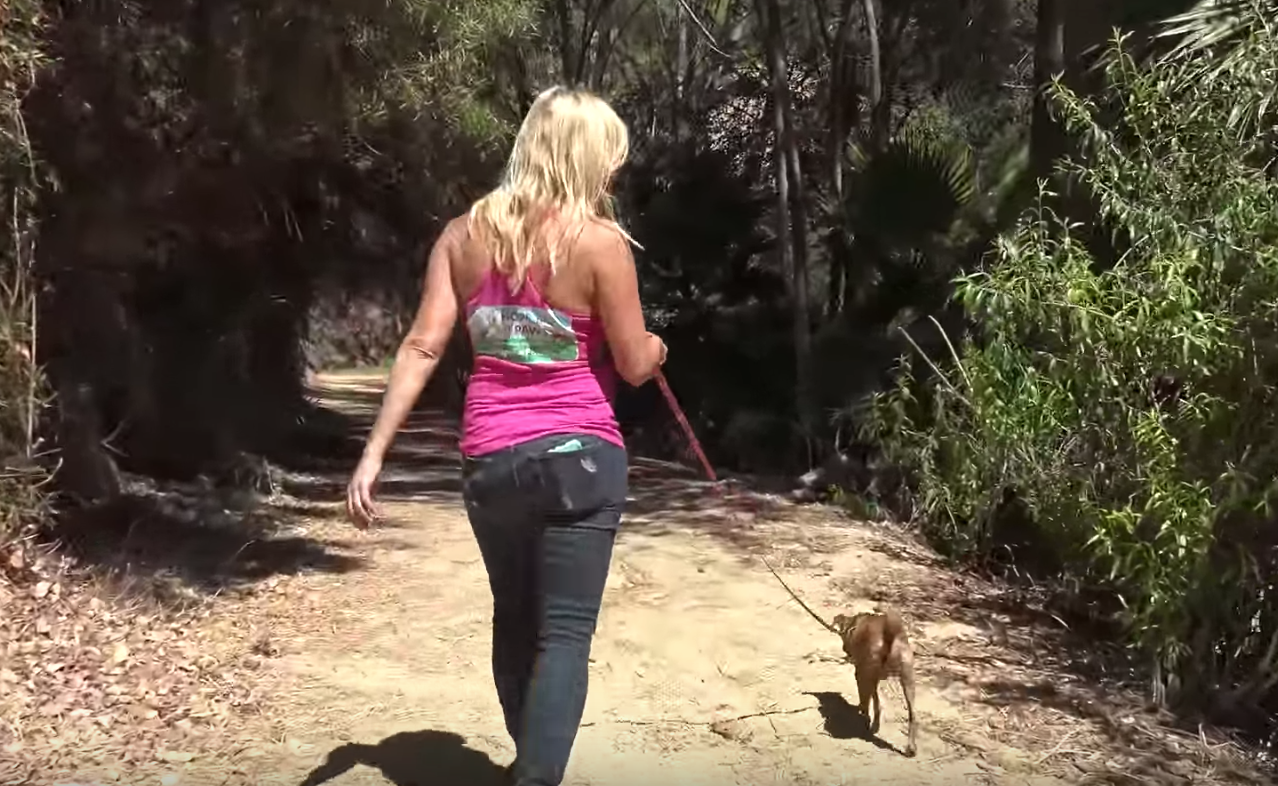 They spent a good two hours covering the area but found no puppies. Esme didn’t seem concerned and was totally relaxed, so the search was called off. Maybe someone had already taken her puppies, or maybe Esme was used by a breeder and then discarded. It’s hard to tell, but the fact that the dog wasn’t urgently looking for offspring said it all. Esme was taken back to the Hope For Paws facilities and checked out. And two months later, she had a forever home! Thanks to ART N’ Paws Rescue for finding her a loving home. 🙂