An elderly street dog was suffering from severe mange, just hiding and waiting for his time to die. But Animal Aid Unlimited wasn’t about to let that happen. They approached slowly with some food in hand in order to try and keep the dog calm. It seemed to be going well when all of a sudden the dog began to get fidgety. It wasn’t long until the scared stray was running from the rescuer in full panic mode. Not knowing what was going on, the dog cried out as the man tried to cover him with a blanket for rescue. But soon the senior dog would realize they’re just trying to help. Back at the facilities, they carefully checked over the dog. His hairless body was covered in scabs and sores. The advanced skin disease was killing him, and it would take lots of treatment to fix Edward up. Thankfully, Animal Aid was up to the task! After lots of love, care, and medicated baths, Edward began to turn the corner. Once an old dog who’d lost all hope and had curled up to die, Edward’s now on his way to a full recovery! 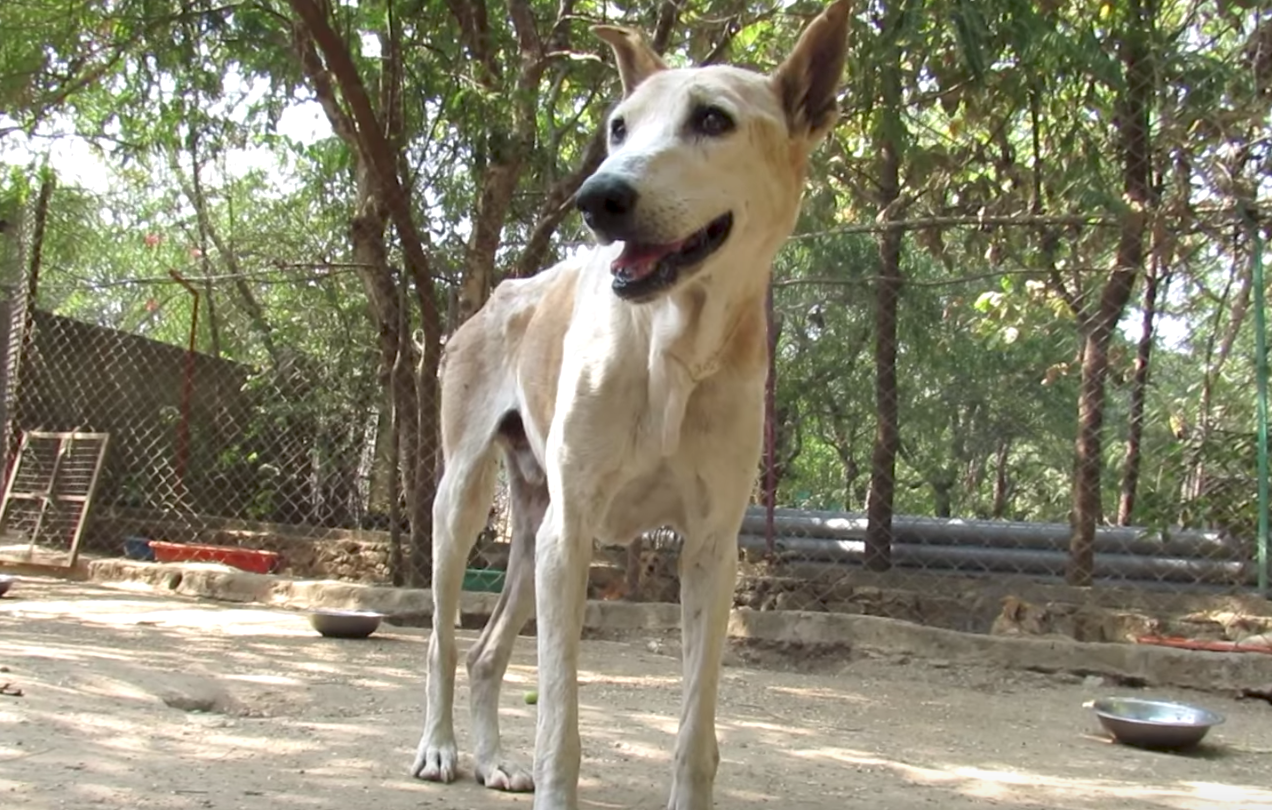 Doesn’t he look so great now? It’s hard to believe this is the same dog! And it’s all thanks to another heroic effort by Animal Aid Unlimited!

If you’d like to donate and help Animal Aid save more street animals, go here. 🙂