Hope For Paws received an email along with a picture of a dog who’d been out on the streets for two months after his owners decided to move away and leave him behind to fend for himself. Friends of Animals offered to take him in, but he had to be caught first. And that wouldn’t be easy… 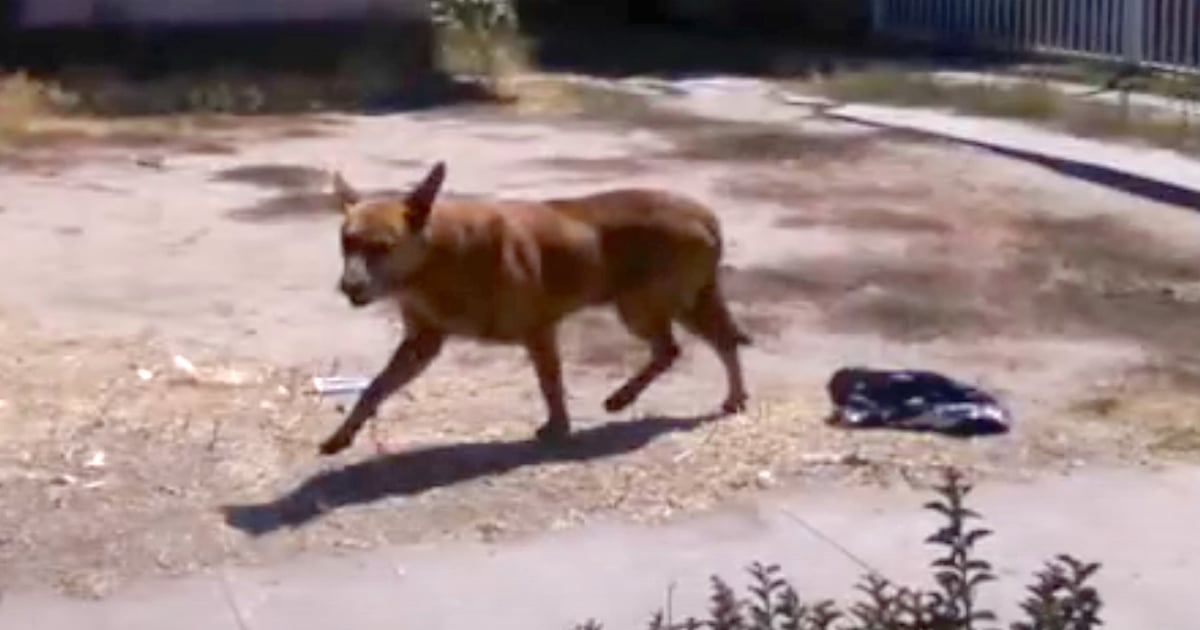 Dustin was asleep in the backyard, but as Eldad approached, it woke the dog. He would run off, so Eldad set a trap. But Dustin was one smart dog; He wouldn’t allow himself to be caught by keeping his hind legs out of the crate at all times. Again, he took off running at the sight of his rescuer. 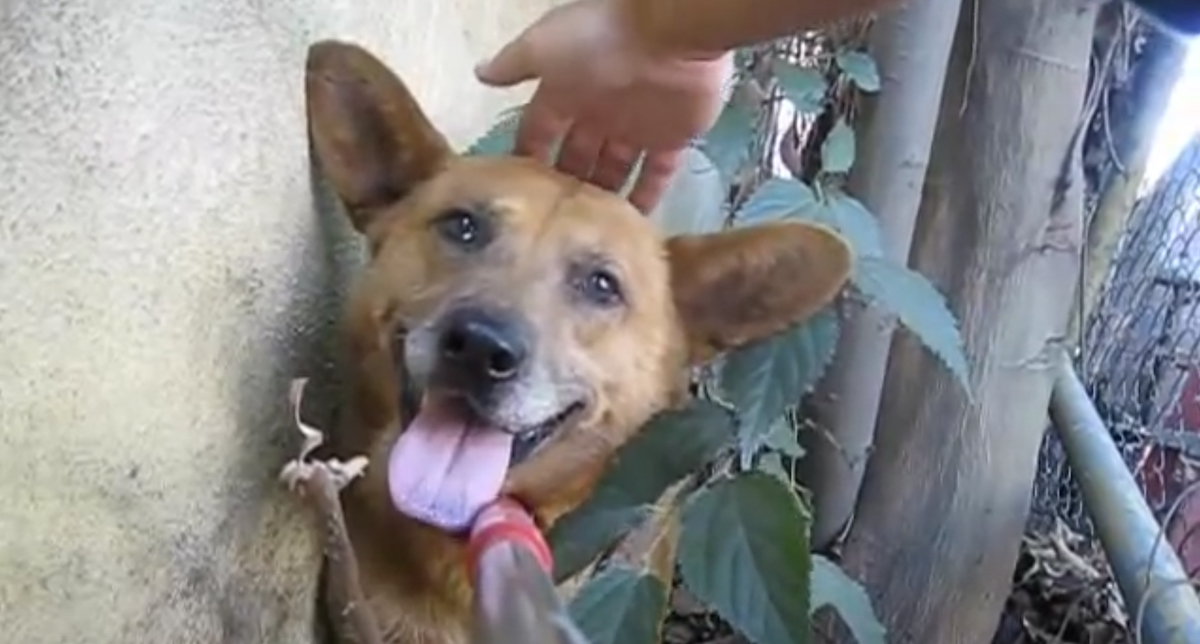 Eldad would have to follow Dustin around for two hours while blocking him from walking toward the major streets. The dog finally entered a backyard where he saw some gardeners knowing there would be water there. This is where Eldad would be able to tether the homeless pooch.

The dog knocked the camera out of his hand, and it’d take some convincing to calm him down and earn his trust. But Dustin was now off to a better life, and he would soon learn all about it! 🙂