Animal Aid Unlimited received a call about a puppy who was stuck and drowning in a well, and they immediately set out for the rescue. The poor thing was whining and crying for help and was quickly running out of energy. There was just enough garbage for him to perch on and not go under, but he was panicking and losing his strength. 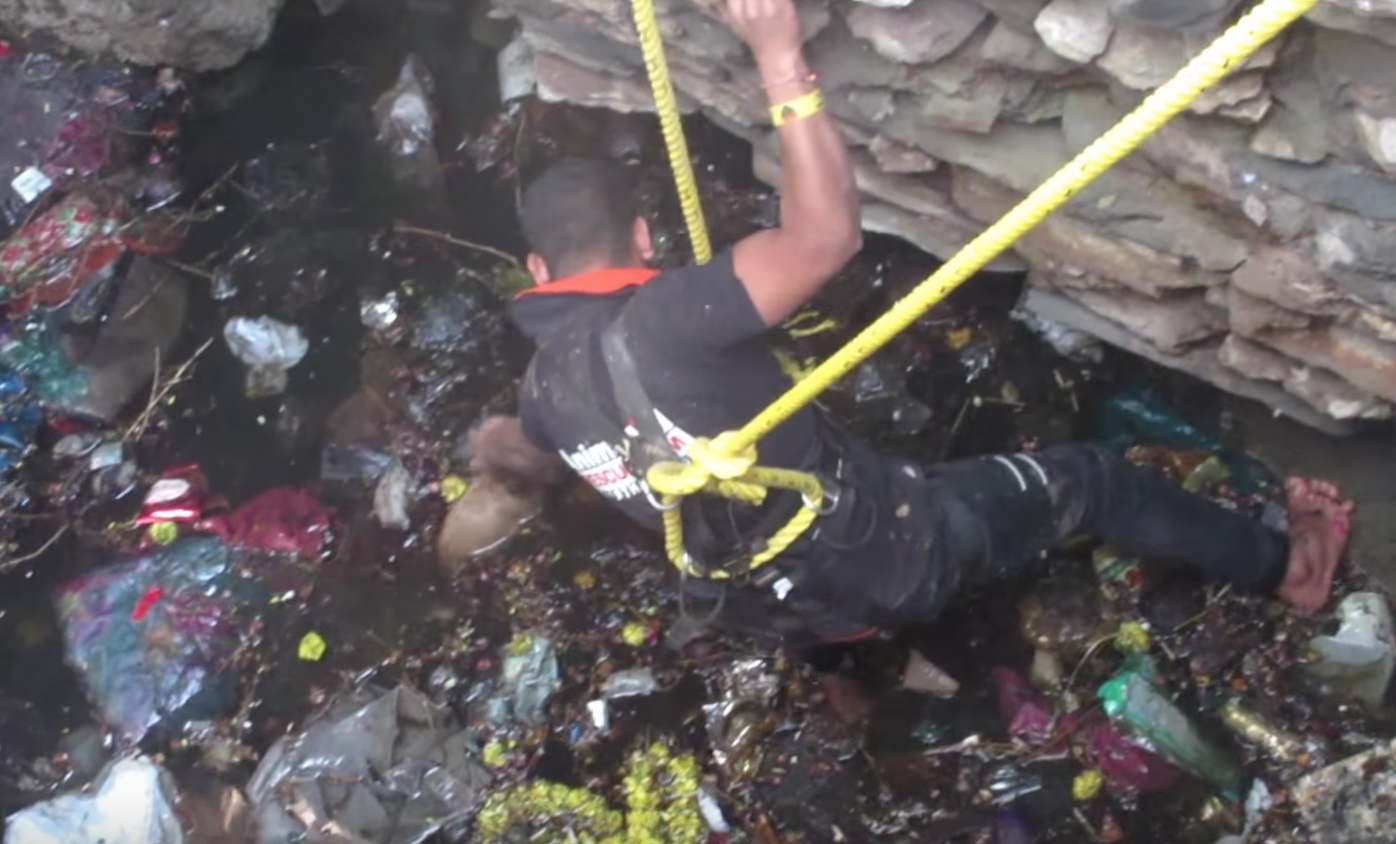 A rescuer was lowered down into the well with the help of the others, and he was able to grab ahold of the pup. The puppy seemed to melt in the arms of his rescuer as he was finally able to give up the fight and the struggle. Thanks to Animal Aid, this sweetheart is now safe and sound. 🙂